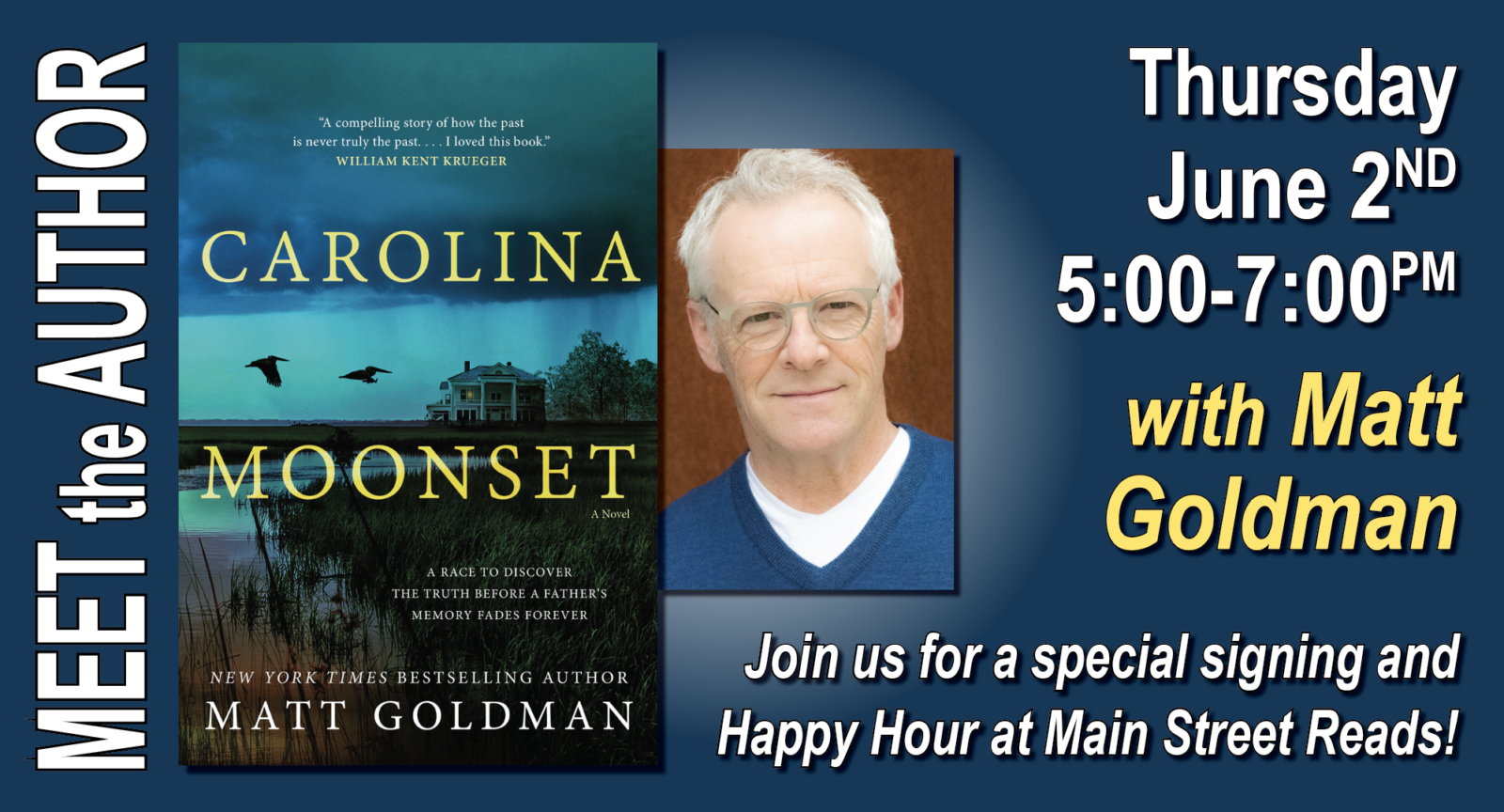 We loved this book because it’s set in the Lowcountry, a setting that indeed plays a central character role in the work. This is the perfect book to take with you to the beach or the front porch and revel in the story and the local flavor that only a lowcountry reader can truly appreciate…

Both suspenseful and deeply moving, Carolina Moonset is an engrossing novel about family, memories both golden and terrible, and secrets too dangerous to stay hidden forever, from New York Times bestselling and Emmy Award-winning author, Matt Goldman.

Joey Green has returned to Beaufort, South Carolina, with its palmettos and shrimp boats, to look after his ailing father, who is succumbing to dementia, while his overstressed mother takes a break. Marshall Green’s short-term memory has all but evaporated, but, as if in compensation, his oldest memories are more vivid than ever. His mind keeps slipping backwards in time, retreating into long-ago yesterdays of growing up in Beaufort as a boy.

At first, this seems like a blessing of sorts, with the past providing a refuge from a shrinking future, but Joey grows increasingly anxious as his father’s hallucinatory arguments with figures from his youth begin to hint at deadly secrets, scandals, and suspicions long buried and forgotten. Resurfacing from decades past are mysteries that still have the power to shatter lives—and change everything Joey thought he knew. Especially when a new murder brings the police to his door…

Matt Goldman is a playwright and Emmy Award-winning television writer for Seinfeld, Ellen, and other shows. He brings his signature storytelling abilities and light touch to his Nils Shapiro series, which begins with Gone to Dust.

He lives in Minnesota with his wife, two dogs, two cats, and whichever children happen to be around. We’re thrilled to have him in Summerville to share his gifts with our eager readers!

Mary Alice Monroe and Angela May will launch their newest book at a joint event with June 12 @ 2:00 pm – 4:00 pm Main Street Reads and the Timrod Library…

Thriller Book Club June: A Flicker in the Dark
by Stacey Willingham

Book Signing and Talk: Drayton Hall Stories: A Place and Its People by George McDaniel