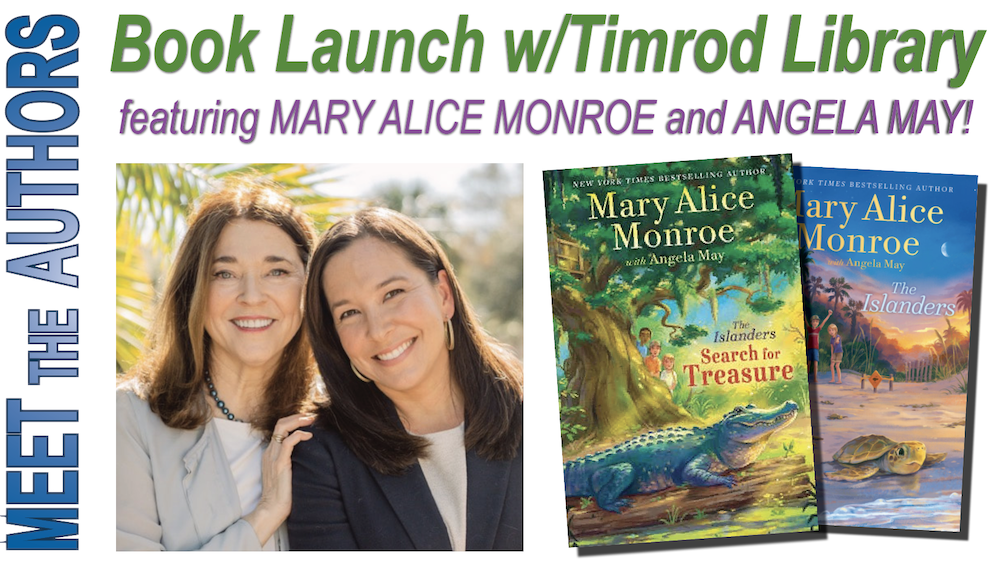 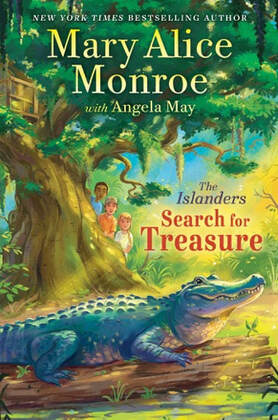 Mary Alice Monroe and Angela May will launch their newest book at a joint event with Main Street Reads and the Timrod Library at 2:00 p.m. on June 12, 2022. The Islanders: Search for Treasure for middle-grade readers is the sequel to the New York Times bestseller, The Islanders. These are great books for families to read together, so parents, grandparents, aunts, and uncles, bring young readers 8 and older to meet the authors!

NOTE: This event takes place the Sunday BEFORE the book officially releases on Tuesday so you have the privilege of getting your copies before the official release date!

The FUN begins at 2:00 p.m. at Spell Chapel at Bethany United Methodist Church, 118 W. 3rd South St., across from the Timrod Library. A reception and book signing at the Library will follow, where readers can purchase books and meet the authors. The Islanders series books, as well as others by Mary Alice Monroe will be available at the event, with book sales handled by Main Street Reads.

Want to pre-order books to be signed by the author(s)? We’re building a special cart for you to pre-order titles and they’ll be waiting for you for pickup at Main Street Reads on Saturday, June 11th, or at the event on Sunday, June 12th… stay tuned!

The sequel to New York Times bestselling author Mary Alice Monroe’s The Islanders, a beautiful story of friendship, loss, and the healing power of nature.

Jake Potter is back on Dewees Island for another summer with his beloved grandmother, Honey. This time, Jake is excited that his dad will be there as he continues to recover from his injuries sustained in Afghanistan. But Jake also knows they both need get used to a new normal, which isn’t easy.

Jake also discovers that his two best friends, Macon and Lovie, are struggling as well. Macon is adjusting to being a big brother, while Lovie is navigating a new relationship with her dad, who has long been absent in her life. To cheer everyone up, Jake decides that the trio needs a new mission, just like they had the previous summer in saving the turtles. He discovers that his dad loved spending time in an old tree fort on the island, and there is a special treasure box hidden somewhere nearby. Jake just knows if he can find it, maybe his dad will be happy again–and he knows Macon and Lovie are the perfect fellow treasure hunters!

Their search leads them to discover there might be actual buried treasure somewhere on Dewees, all while they battle some unwelcome guests on the island, of both the two- and four-legged kind! On the three friends’ biggest quest yet, they realize that the treasures they really want in life were with them all along. 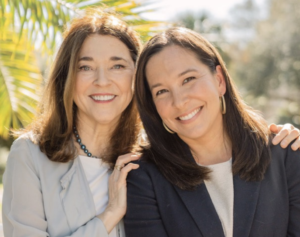 Mary Alice Monroe (at left) is the New York Times bestselling author of twenty-seven books, including the bestselling The Beach House series. Monroe also writes children’s picture books, and a new middle grade fiction series called The Islanders. She is a member of the South Carolina Academy of Authors’ Hall of Fame, and her books have received numerous awards, including the South Carolina Center for the Book Award for Writing; the South Carolina Award for Literary Excellence; the SW Florida Author of Distinction Award; the RT Lifetime Achievement Award; the International Book Award for Green Fiction; the Henry Bergh Children’s Book Award; and her novel, A Lowcountry Christmas, won the prestigious Southern Prize for Fiction. The Beach House is a Hallmark Hall of Fame movie, starring Andie MacDowell.

Several of her novels have been optioned for film. She is the cocreator and cohost of the weekly web show and podcast Friends & Fiction. Monroe is also an active conservationist and serves on several boards. She lives on the South Carolina coast, which is a source of inspiration for many of her books.

Angela May (at right) is the founder of May Media and PR and a former award-winning television news journalist who helps promote great books and share important community stories as a media specialist. She has been working with Mary Alice Monroe for more than a decade. The Islanders series are their first books together! Angela’s husband is a middle school assistant principal. They have two children and live in Mount Pleasant, South Carolina. Connect with her at AngelaMayBooks.com.