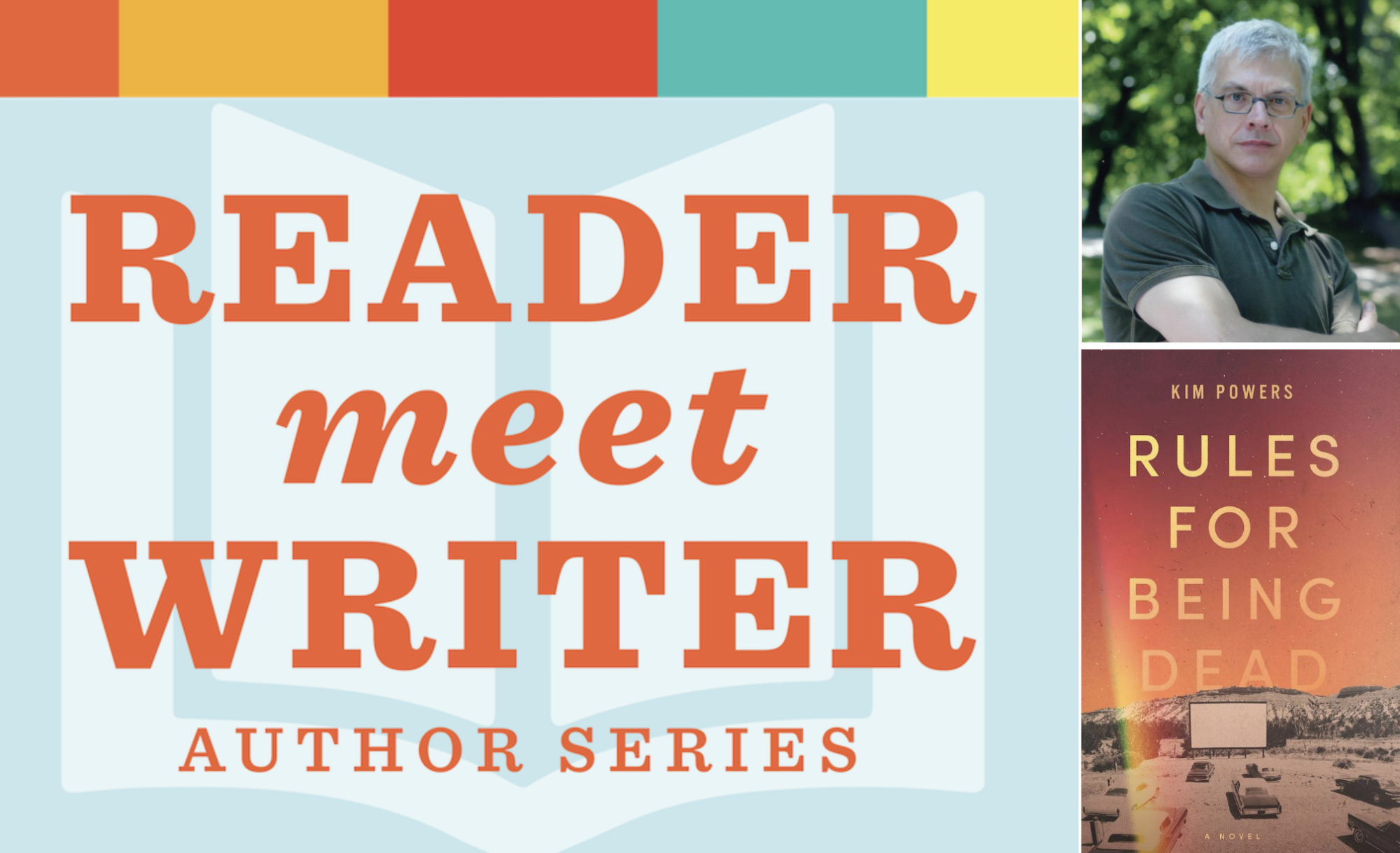 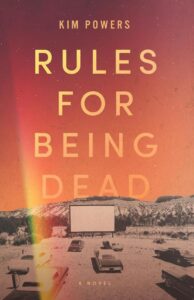 Join us Tuesday Aug 11th from 5:00 pm – 6:00 pm for a conversation with author Kim Powers about the August 4th release of the Rules for Being Dead. Email or message us to get your confirming link and password to attend free, and don’t forget to order a book from us for pickup in the store or at the link to the book on Bookshop, our warehouse site!

It’s the late 1960s in McKinney, Texas. At the downtown theater and the local drive-in, movies—James Bond, My Fair Lady, Alfie, and Doctor Zhivago—feed the dreams and obsessions of ten-year-old Clarke who loves Audrey, Elvis, his family, and the handsome boy in the projector booth. Then Clarke loses his beloved mother. And no one will tell him how she died. No one will tell her either. She is floating above the trees and movie screens of McKinney, trapped between life and death, searching for a glimpse of her final moments on this earth. The shattering answer haunts Rules for Being Dead, Kim Powers’ darkly humorous and incredibly moving novel. An unlikely love child of Mark Childress’ Crazy in Alabama and Alice Sebold’s The Lovely Bones, this book pays homage to the movies of the 1960s and vividly conjures the machinations of small-town Texas with a wicked sense of humor and an unexpected tenderness. Native Texan Kim Powers brings a steady hand to all proceedings, including a ghostly mother, an evil stepmother, a clueless father, and a full cast of misfits–all orchestrated within a lively plot which is anything but predictable. 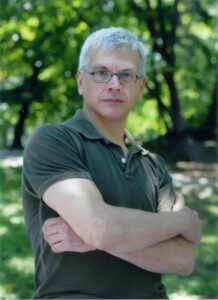 Kim Powers is a two-time Emmy winner and author of the novels Dig Two Graves and Capote in Kansas, as well as the critically acclaimed memoir The History of Swimming, a Barnes & Noble Discover Book and Lambda Literary Award finalist for Best Memoir of the Year. He also wrote the screenplay for the festival-favorite indie film Finding North and the new play Sidekicked, a “one broad comedy” about Vivian Vance. Powers is the Senior Writer for ABC’s 20/20, part of the team that has received an unprecedented three consecutive Edward R. Murrow Awards. A native Texan, he received an MFA from the Yale School of Drama. In 2007, he was selected by Out Magazine for the influential “Out 100” list. He lives in Manhattan and Asbury Park, NJ.

In the words of the New York Times, Louis Bayard “reinvigorates historical fiction,” rendering the past “as if he’d witnessed it firsthand.” His acclaimed historical novels include national bestseller Courting Mr. Lincoln, Roosevelt’s Beast, The School of Night, The Black Tower, The Pale Blue Eye and Mr. Timothy, as well as the highly praised young-adult novel, Lucky Strikes. A New York Times Notable author, he has been nominated for both the Edgar and Dagger awards, and his story, “Banana Triangle Six,” was chosen for The Best American Mystery Stories 2018. His reviews and articles have appeared in the New York Times, the Washington Post, the Los Angeles Times and Salon. An instructor at George Washington University, he is a board member for the PEN Faulkner Foundation and the author of the popular Downton Abbey recaps for the New York Times.