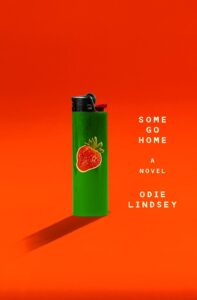 Join us Thu Aug 6th 7:00 pm – 8:00 pm for an enchanting conversation about Some Go Home by Odie Lindsey. Email us for your event link and the password, delivered to you on the day of the event:

Colleen—an Iraq war veteran turned Mississippi homemaker—must reckon with a decades-old murder that has haunted her community, her family, and herself. When pregnancy brings her buried trauma to the surface, Colleen works hard to keep her deployment behind her. Her husband, Derby, is in turn preoccupied with the long-overdue retrial of his father, Hare Hobbs, for a Civil Rights-era murder. Central to Some Go Home is the town’s showpiece, antebellum estate. More monument than manor, it is both the scene of the murder and the proposed jewel of gentrified Pitchlynn. For Colleen and the others, all of whom seek healing, the estate comes to embody various paths to redemption—whether razed, restored to a perceived greatness, or stripped of all recognition. As the trial draws near, questions of Hare’s guilt only magnify these tensions of class and race, tied always to the land and who can call it their own.

Informed by his work editing the Mississippi Encyclopedia, Lindsey’s prose is insightful and wonderfully detailed, steeped in the same cultural history the characters are forced to confront in the book. Part literary saga and part cultural provocation, Some Go Home is a richly textured, explosive depiction of both the American South and our larger cultural legacy. 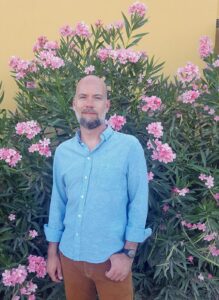 Odie Lindsey is the author of We Come to Our Senses: Stories. He received an NEA-funded fellowship for veterans, holds an MFA from the School of the Art Institute of Chicago, and is writer-in-residence at Vanderbilt University in Nashville, Tennessee. 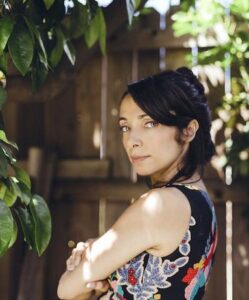 Chanelle Benz has published work inGuernica, Granta.com,The New York Times,Electric Literature,The American Reader,Fence, and is the recipient of an O. Henry Prize. Her story collectionThe Man Who Shot Out My Eye Is Deadwas published in 2017 by Ecco/HarperCollins. It was named a Best Book of 2017 byThe San Francisco Chronicleand one ofElectric Literature‘s 15 Best Short Story Collections of 2017. It was also shortlisted for the 2018 Saroyan Prize and longlisted for the 2018 PEN/Robert Bingham Prize for Debut Fiction and the 2017 Story Prize. Her novelThe Gone Deadwas published by Ecco/HarperCollins in 2019 and was aNew York Times Book ReviewEditor’s Choice and a Tonight Show Summer Reads Finalist. It was longlisted for the 2020 PEN/Hemingway Award for Debut Novel and longlisted for the 2019 Center for Fiction First Novel Prize. It was also named a best new book of the summer byO, The Oprah Magazine,Time,Southern Living, andNylon. She lives in Memphis where she teaches at Rhodes College.