Thriller Book Club September: My Heart is a Chainsaw 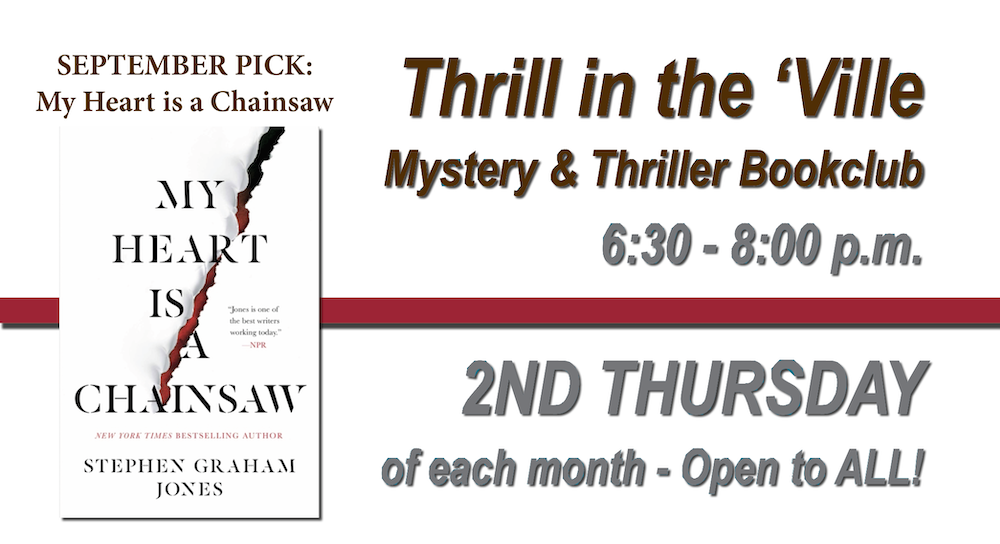 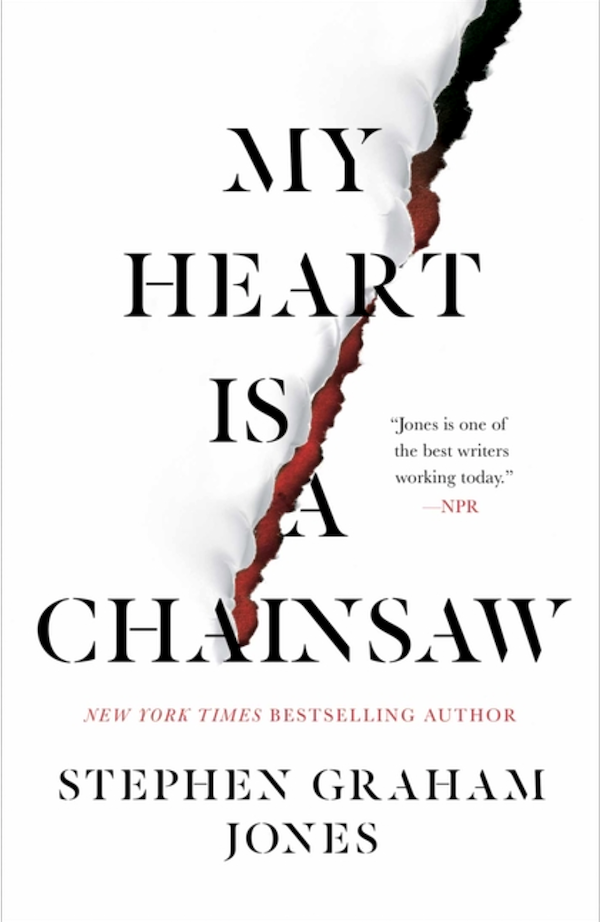 We’re raving, critics are raving and readers are raving about My Heart is a Chainsaw.by best-selling author Stephen Graham Jones. It’s classified as both horror and thriller but with the elevated writing and substantive themes this is a book we can’t wait to talk about!

We’ll meet live at the bookstore but for those who want to join us virtually, we’ll have that option available as well using this link:

In her quickly gentrifying rural lake town Jade sees recent events only her encyclopedic knowledge of horror films could have prepared her for in this latest novel from the Jordan Peele of horror literature, New York Times bestselling author Stephen Graham Jones.

“Some girls just don’t know how to die…”

Shirley Jackson meets Friday the 13th in My Heart Is a Chainsaw, written by the author of The Only Good Indians Stephen Graham Jones, called “a literary master” by National Book Award winner Tananarive Due and “one of our most talented living writers” by Tommy Orange.

Alma Katsu calls My Heart Is a Chainsaw “a homage to slasher films that also manages to defy and transcend genre.” On the surface is a story of murder in small-town America. But beneath is its beating heart: a biting critique of American colonialism, Indigenous displacement, and gentrification, and a heartbreaking portrait of a broken young girl who uses horror movies to cope with the horror of her own life.

Jade Daniels is an angry, half-Indian outcast with an abusive father, an absent mother, and an entire town that wants nothing to do with her. She lives in her own world, a world in which protection comes from an unusual source: horror movies…especially the ones where a masked killer seeks revenge on a world that wronged them. And Jade narrates the quirky history of Proofrock as if it is one of those movies. But when blood actually starts to spill into the waters of Indian Lake, she pulls us into her dizzying, encyclopedic mind of blood and masked murderers, and predicts exactly how the plot will unfold.

Yet, even as Jade drags us into her dark fever dream, a surprising and intimate portrait emerges…a portrait of the scared and traumatized little girl beneath the Jason Voorhees mask: angry, yes, but also a girl who easily cries, fiercely loves, and desperately wants a home. A girl whose feelings are too big for her body. My Heart Is a Chainsaw is her story, her homage to horror and revenge and triumph.

Stephen Graham Jones is the New York Times bestselling author of The Only Good Indians. He has been an NEA fellowship recipient, has won the Jesse Jones Award for Best Work of Fiction from the Texas Institute of Letters, the Independent Publishers Award for Multicultural Fiction, a Bram Stoker Award, four This is Horror Awards; and has been a finalist for the Shirley Jackson Award and the World Fantasy Award. He is the Ivena Baldwin Professor of English at the University of Colorado Boulder.