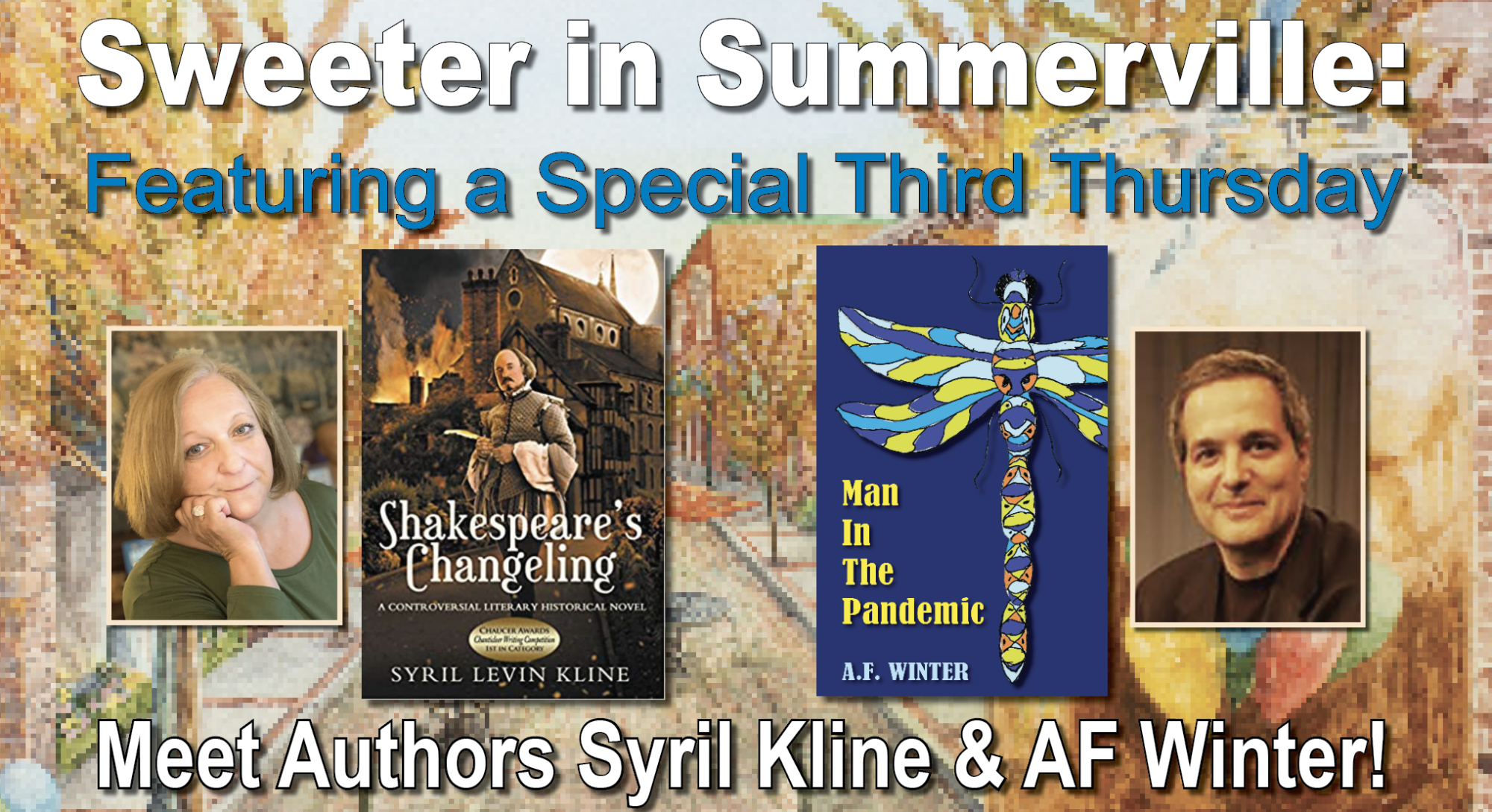 On the third Thursday of each month Historic Downtown Summerville transforms into a special marketplace featuring local entertainment, craft vendors and artisans, to complement the extended hours of shops and restaurants.

Here at Main Street Reads we’re offering you up not one but TWO amazing authors that night – Syril Kline (author of the award-winning Shakespeare’s Changeling) and A.F. Winter, author of the soon-to-be-released Man in the Pandemic. 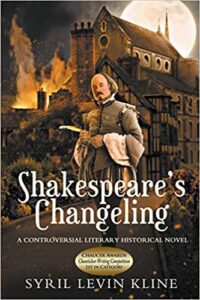 1st place winner of the Chaucer Award for Historical Fiction, Shakespeare’s Changeling is a controversial historical novel: Charged in 1616 by the Earls of Pembroke and Montgomery to edit a folio of Shakespeare plays, writer Ben Jonson races against time to uncover the missing manuscripts by seeking out his former nemesis, the bedridden William Shaxper. But far more worrisome is that the Earl of Oxford’s daughter, the Countess of Montgomery, wants the folio published as a tribute to her father.

Witty, intriguing and suspenseful, Syril Levin Kline’s controversial novel calls into question everything you ever thought you knew about the Bard by exploring the irony of a creative genius forced to hide behind the identity of another. Kline proudly joins Mark Twain, Walt Whitman, Samuel Taylor Coleridge, James Joyce, Charles Dickens and others in their skepticism about the Shakespeare authorship.

Man in the Pandemic offers an intimate snapshot into a recent history we all know too well: Sent to work from home and in isolation from the onset of the pandemic, Frank Smith is losing control over his carefully constructed environment.

Soon forced into unemployment, his hyper-focus turns towards what he can control: walking endless circles in his home, conserving toilet paper and battling pests as he struggles to hold onto his sanity. Smith tries to make sense of social unrest and systemic racism, natural disasters and climate change as he faces personal demons of loneliness, fear and a lifetime of regrets. Simply told yet deceptively complex, this dark comedy will resonate with anyone questioning their place in the universe as we navigate a world gone mad…