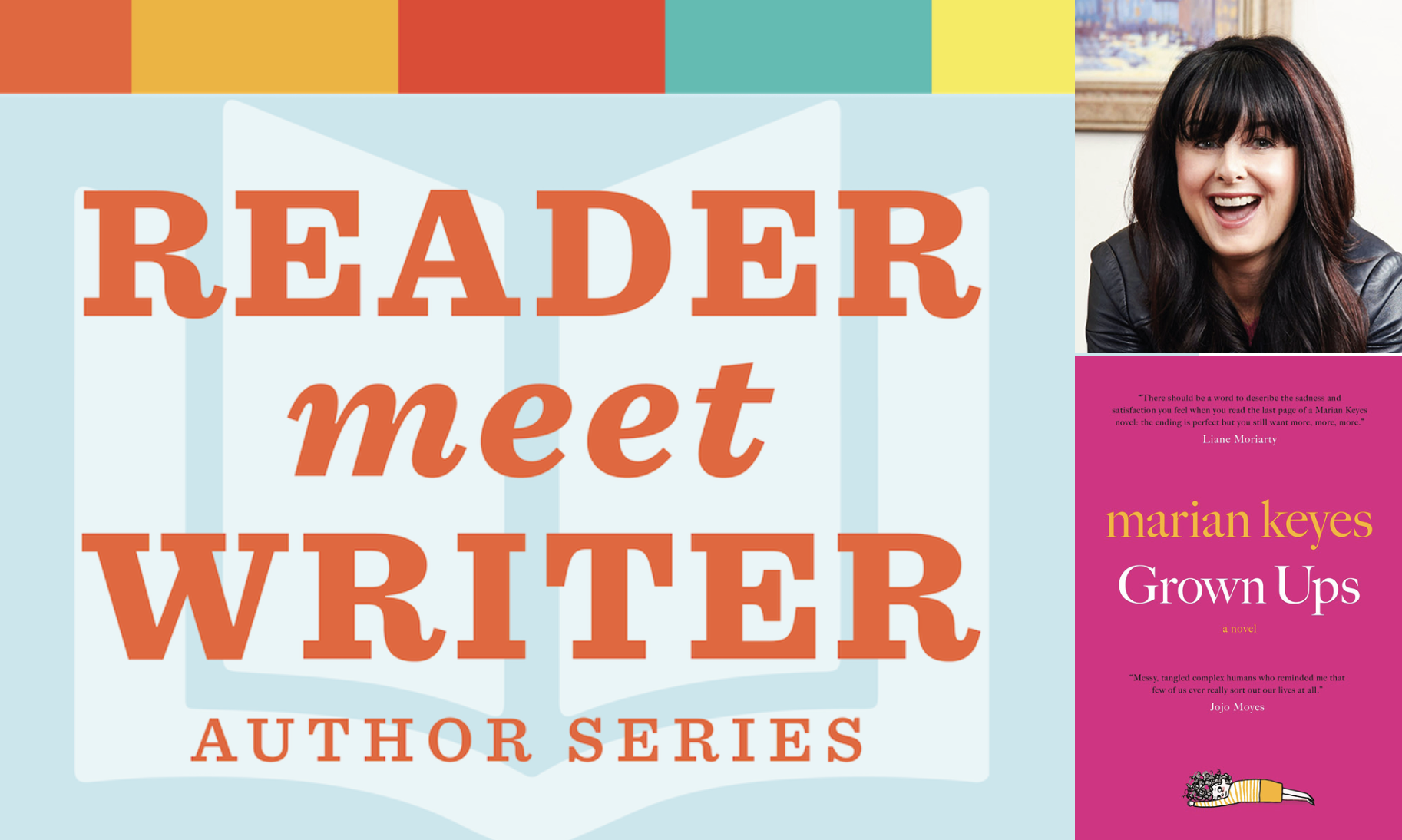 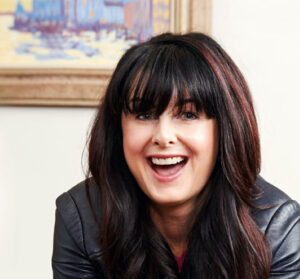 Join us Tuesday, July 7th at 3 p.m. for a Reader Meet Writer online chat with famed author Marian Keyes! She’s one of the most successful Irish novelists of all time. Though she had no intention of ever writing a novel (“It would take too long”) she sent her short stories to a publisher, with a letter saying she’d started work on a novel. The publishers replied, asking to see the novel, and once her panic had subsided, she began to write what subsequently became her first book Watermelon, published in 1995.

To date, the woman who said she’d never write a novel has published 13 of them. All have been bestsellers around the world, with a total of over 30 million of her books sold to date in 33 languages. Anybody Out There won the British Book Awards award for popular fiction and the inaugural Melissa Nathan Prize for Comedy Romance. This Charming Man won the Irish Book Award for popular fiction. Marian’s latest book Grown Ups published in hardback and eBook in February 2020. As well as novels she has written short stories, and articles for various magazines and other publications.

Keyes was born in Limerick in 1963, and brought up in Cavan, Cork, Galway and Dublin; she spent her twenties in London, but is now living in Dún Laoghaire with her husband Tony. She includes among her hobbies reading, movies, shoes, handbags and feminism. 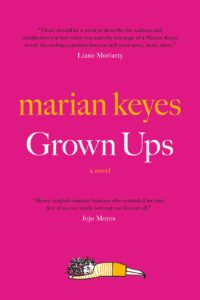 They’re a glamorous family, the Caseys. Johnny Casey, his two brothers Ed and Liam, their beautiful, talented wives and all their kids spend a lot of time together—birthday parties, anniversary celebrations, weekends away. And they’re a happy family. Johnny’s wife, Jessie—who has the most money—insists on it.

Under the surface, though, conditions are murkier. While some people clash, other people like each other far too much…

Still, everything manages to stay under control—that is, until Ed’s wife, Cara, gets a concussion and can’t keep her thoughts or opinions to herself. One careless remark at Johnny’s birthday party, with the entire family present, and Cara starts spilling all their secrets.

As everything unravels, each of the adults finds themselves wondering if it’s—finally—the time to grow up.