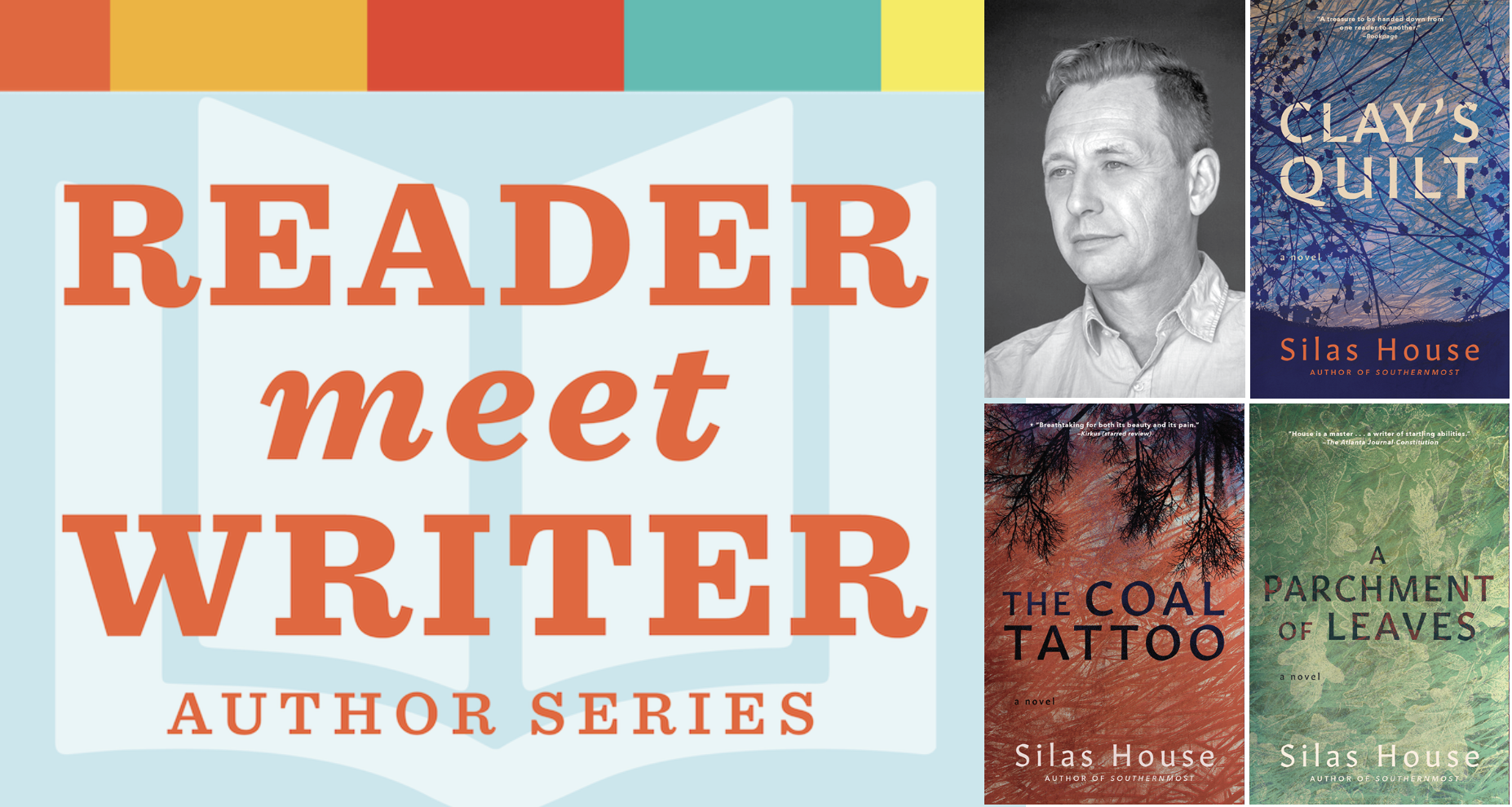 We invite you to join us July 9th at 7 p.m. for a special chat with NYT bestselling author Silas House! You must email us at mainstreetreads@gmail.com to confirm participation. PLUS: Those attending this virtual event will receive a book buck to redeem on any of Silas’ titles in the store. Be sure to call us to reserve yours, or visit the links below to order from our online shop and visit us for your book buck! 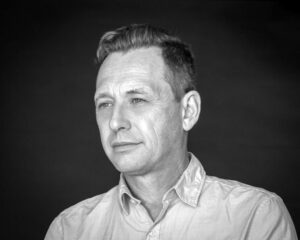 Silas House is the New York Times bestselling author of six novels, one book of creative nonfiction, and three plays. His writing has appeared frequently in the New York Times and has been published in Time, Newsday, Garden & Gun, the Oxford American, and many other places. House is the winner of an E.B. White Award, the Nautilus Award, the Intellectual Freedom Prize from the National Council of Teachers of English, the Storylines Prize from the New York Public Library/NAV Foundation, and many other honors, as well as being longlisted for the Carnegie Medal for Excellence in Fiction. He teaches at Berea College and in the Spalding University School of Writing. 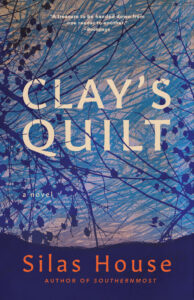 In his New York Times best-selling novel Silas House introduced himself as an important voice for Appalachia and, indeed, for the entire rural South. In Clay’s Quilt, now a touchstone for his many fans, House takes us to Free Creek, KY, where a motherless young man forges his path to adulthood surrounded by ancient mountains and his blood relatives and adopted kin: his Aunt Easter tied to her faith and foreboding nature; his Uncle Paul, the quilter; the wild girls Evangeline and Alma; and a fiddler whose music calls to Clay’s heart. As he struggles to stitch up the void created by his mother’s death, Clay pieces together his own life’s quilt, all masterfully wrought by House.
Blair brings this novel into a beautiful new paperback edition, along with two other Silas House novels, A Parchment of Leaves, and The Coal Tattoo. The three novels, which share a common setting and some characters are companion novels. They may be read individually, in any order, but collectively, they form a rich tableau of life in rural mountain Kentucky in the last century. 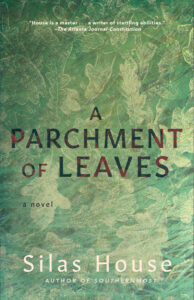 A Parchment of Leaves

In this nationally best-selling novel, A Parchment of Leaves, Silas House produced an iconic story of 1900s rural mountain Kentucky that remains a favorite of his many fans.
On his way to find work in the Redbud Camp, Saul Sullivan encounters a Cherokee girl who is said to possess a beauty that brings death to the men who see her. Saul, however, is irrevocably drawn to Vine the moment he lays eye on her and believes they are meant to be married, over the objections of her mother and his. Despite her misgivings, Saul’s mother, Esme, and his brother, Aaron, take to Vine from the moment she comes to God’s Creek. In fact, Vine realizes from the start that Aaron’s interest in her is far more than brotherly. When Saul must leave Vine behind for a year of work, troubling and violent events follow his departure, and Vine’s spirit and her love are put to the ultimate test.
This novel was the winner of the Award for Special Achievement from the Fellowship of Southern Writers and a finalist for the Southern Book Critics Circle Prize. 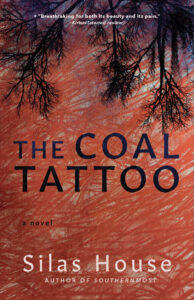 The Coal Tattoo takes place in World War II-era rural Kentucky, where twenty-two-year-old Easter and Anneth, her teenaged sister, lose their parents young and now must raise each other. Easter finds her life in the Pentecostal Holiness church and its music, while Anneth dances and drinks in less-than-holy honky-tonks. Will the differences in their young lives and in their very natures tear them apart, or will the bond of the sisters prevail? In lucid prose with an ear for the voice of the sisters’ time and place, Silas House brings readers a rich and moving story of coal country.
This novel was named the Appalachian Book of the Year and was a finalist for the Southern Book Critics Circle Prize.