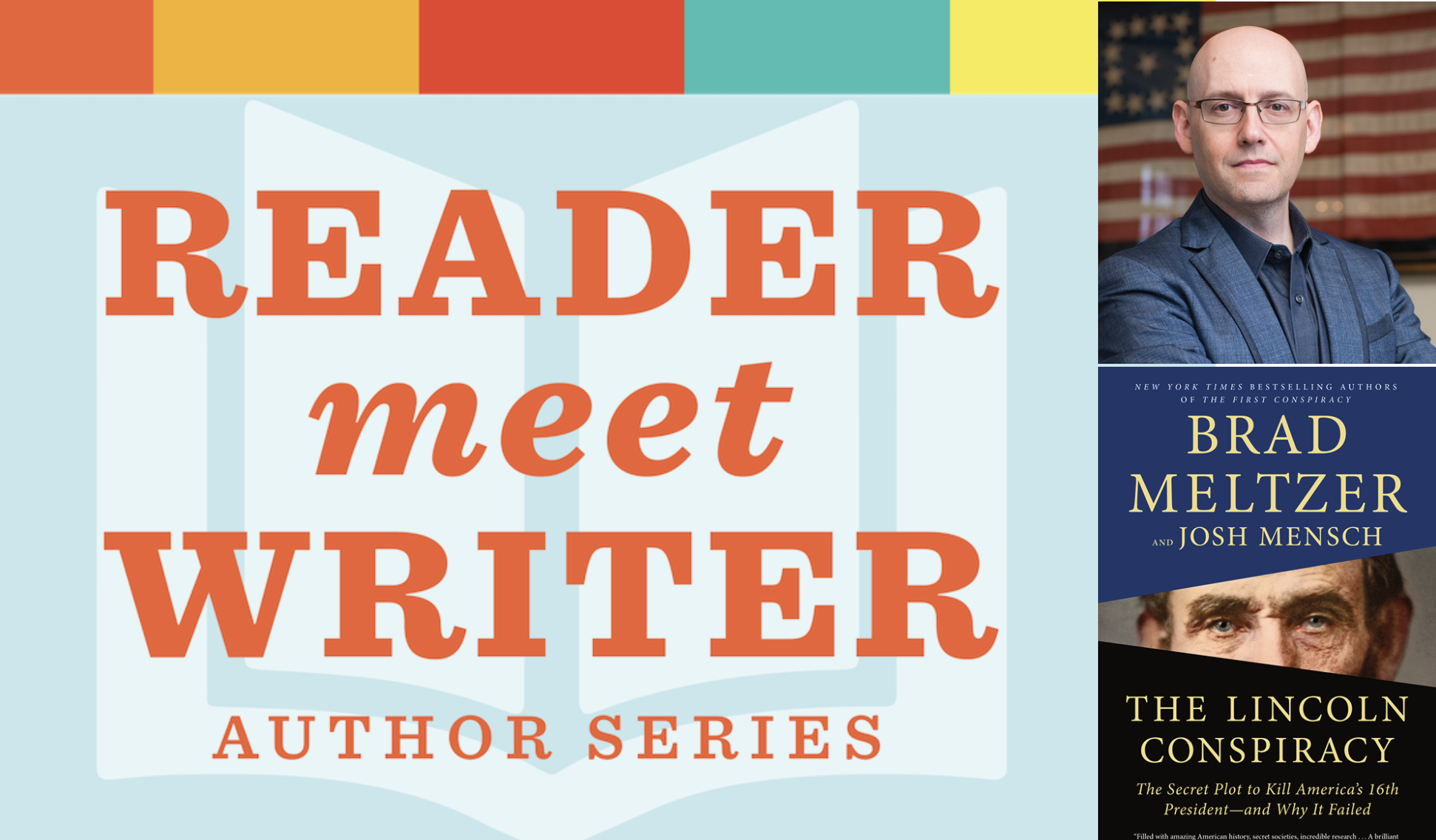 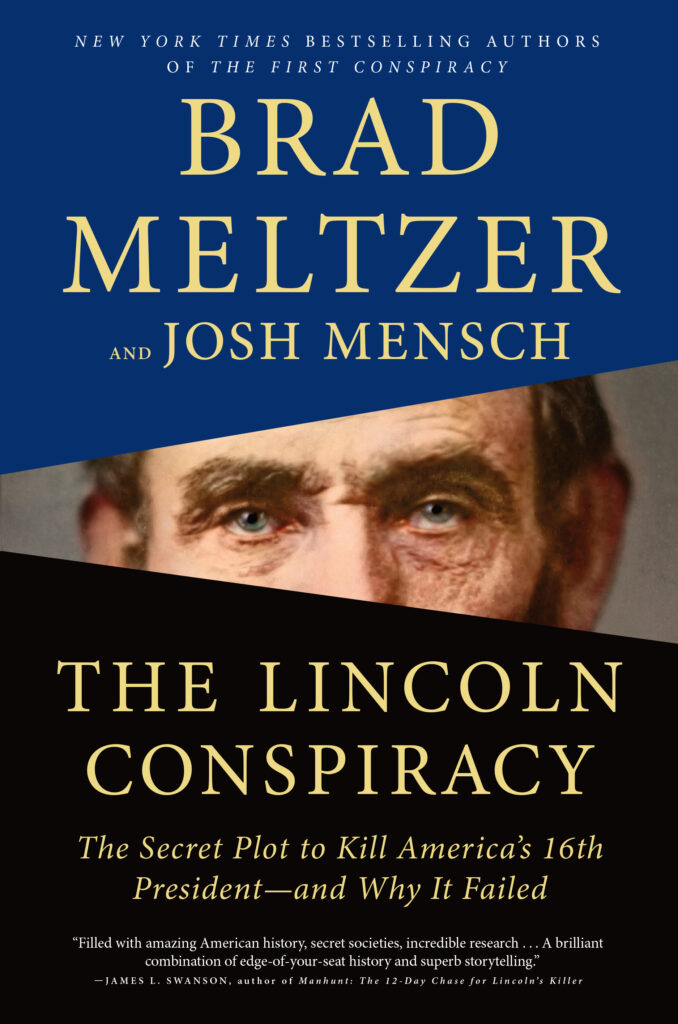 Join Us to Talk About The Lincoln Conspiracy! In 2019, #1 bestselling author Brad Meltzer, with Josh Mensch, wrote THE FIRST CONSPIRACY: The Secret Plot to Kill George Washington, a national bestseller that was widely praised by critics, historians, and two U.S. Presidents for its meticulous research and propulsive narrative. Meltzer and Mensch return to uncover another fascinating episode previously lost to history in THE LINCOLN CONSPIRACY: The Secret Plot to Kill America’s 16th President—and Why It Failed (Flatiron Books; May 5, 2020).

In our current climate of uncertainty and fear, the book is a reminder of the capacity for American greatness in the form of one of its most lauded and inspirational heroes, Abraham Lincoln. “THE LINCOLN CONSPIRACY is a story few people know, one that’s set in a time of deep political division in America,” Meltzer says. “It shows us what good leaders can do in times of strife – perfectly on point for where our country is today.”

Written in the same page-turning style as Meltzer’s other bestsellers, THE LINCOLN CONSPIRACY offers a fascinating new look at one of the most important figures in American history.

The story opens in 1861 on a train traveling from Philadelphia to Washington DC in the dark of night, days before Abraham Lincoln’s first inauguration. Having just won the presidency by a slim margin, Lincoln is headed to the White House deeply hated by the slaveholding Southern states, who began to secede only weeks after he was elected. Now a group of pro-slavery, white supremacist conspirators want to go further than delegitimizing Lincoln’s presidency. They want him dead.

The assassins don’t know it, but someone is on to them. America’s most famous private detective, Allan Pinkerton, just discovered their plot and is trying to defeat it. He’s assembled a team that includes the first known female detective in the U.S., Kate Warne. In the middle of the night, Lincoln boards a train disguised as an invalid, wearing a shawl and a low-brimmed hat.

The goal? Get to Washington, D.C. undetected – and save the new President’s life. President Lincoln would go on to lead the United States during one of the most tumultuous times in its history. Thanks to Meltzer and Mensch, we learn how dangerously close the killers came to changing everything.

Brad Meltzer is the #1 New York Times bestselling author of The Escape Artist and many other bestselling thrillers, as well as the “Ordinary People Change the World” series. He is also the host of the History Channel TV shows Brad Meltzer’s Decoded and Brad Meltzer’s Lost History, which he used to help find the missing 9/11 flag that the firefighters raised at Ground Zero. He lives in South Florida with his family. Josh Mensch is a New York Times bestselling author and documentary television producer with a focus on American history and culture. He is co-author with Brad Meltzer of The First Conspiracy: The Secret Plot to Kill George Washington. For television, he has written, directed, and been a showrunner on nonfiction series for the History Channel, PBS, National Geographic, and many other networks. He lives in Brooklyn, New York with his wife and children.