Booksigning: Julian Buxton with The Ghosts of Charleston! 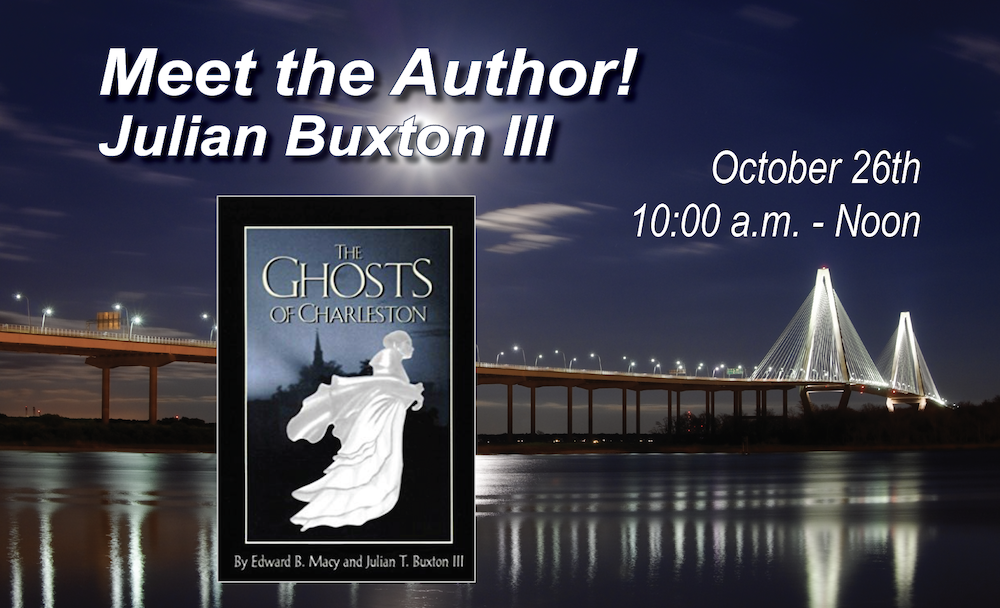 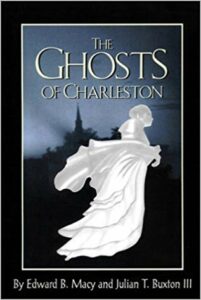 Just in time for Halloween at Main Street Reads in Spooky Summerville – the definitve book on The Ghosts of Charleston!

Our near neighbor Charleston is one of the most haunted cities in North America. Julian Buxton (owner, with Polly Buxton of Charleston’s Buxton Books) will be on hand to tell chilling stories about the ghosts that inhabit Charleston’s historical buildings. Timeless legends and recent accounts of spirits abound in this wonderful book, which you’ll have the opportunity to have signed and personalized by Julian!

Stories include: the Gentleman Ghost and Headless torso of the Battery Carriage House Inn, the despairing ghost in the beautiful Aiken-Rhett House, the tragic death of a young doctor and his return to a house on Church Street, and the ghost car on the imposing Cooper River Bridge, among many others. These are the stories behind the haunts of the Holy City.

Julian Buxton III is also the owner of Tour Charleston and an ambassador for the city to thousands of people discovering it for the first time. His popular ghost tours have become a model for ghost tours around the country.