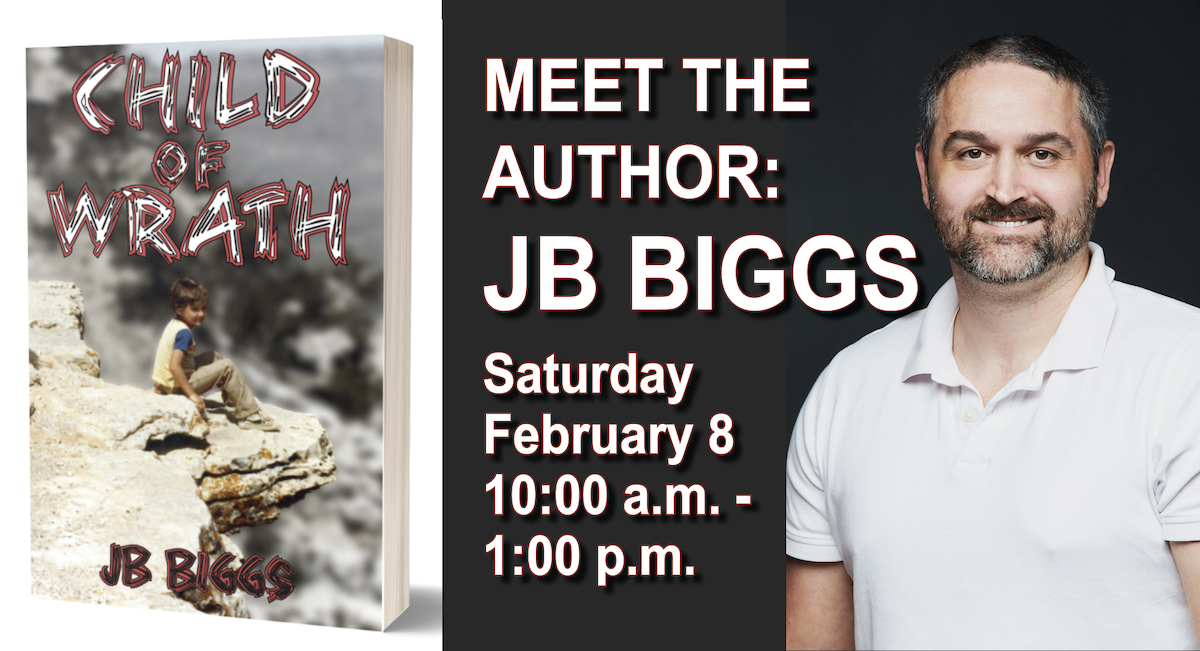 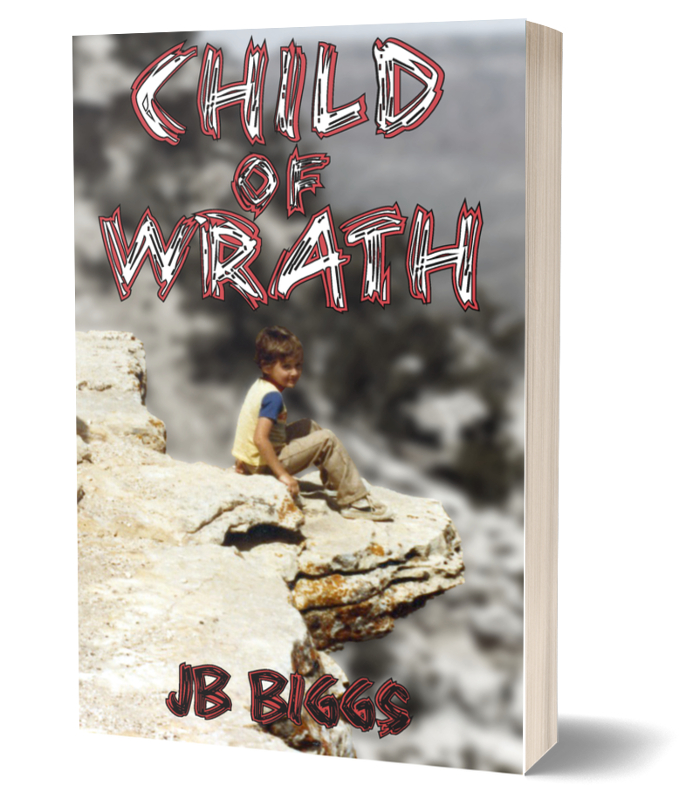 Join us for a booksigning and chat with author of Child of Wrath, JB Biggs! Spanning 30 years, Child of Wrath is the story of Jonah, initially a tough ten-year old survivor who wants nothing more than a real home where he can be a normal kid.

Jonah’s erratic and abusive father leads the family on an endless nomadic quest for the next “great thing.” This dangerous odyssey brings the Franklin family to one cult-like compound after another, culminating in a caged life in a missionary compound in the highlands of Papua, New Guinea where Jonah will do almost anything to escape.

This coming of age tale climaxes in joining the Israeli para-troopers and ﬁghting in a war in the Middle East.
Can a child of wrath escape the insanity, become his own man, and ultimately create a home for his own son in the aftermath of a train-wreck of a childhood?