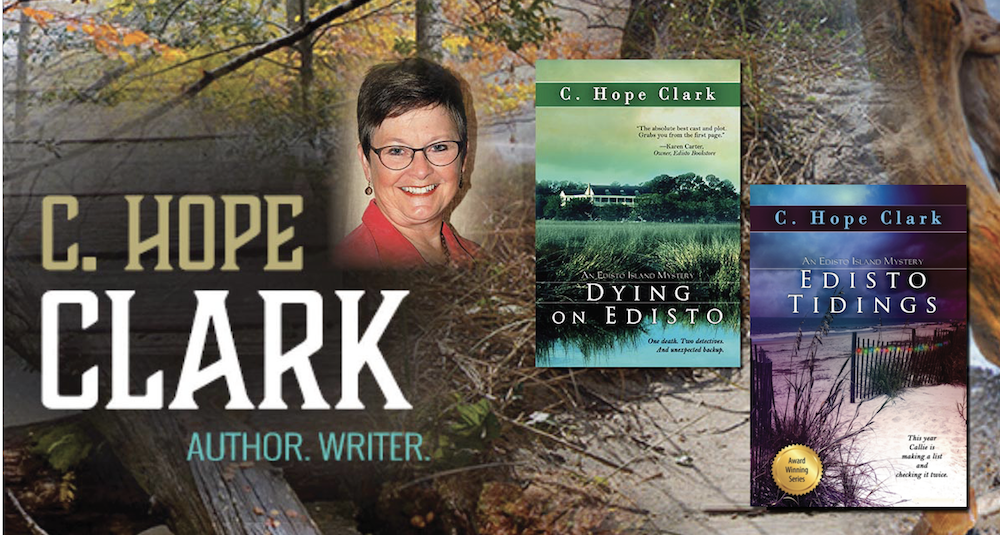 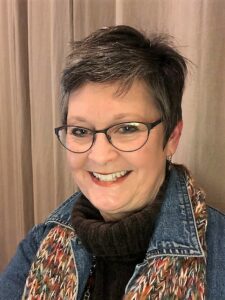 Get ready for the amazing C. Hope Clark to return to her hometown of Summerville (she graduated from SHS) when she visits Main Street Reads to celebrate the launch of her newest book, Edisto Tidings (Book 6 of the Edisto Island Mysteries, October 2019 release). We’ll also have plenty of Hope’s other popular books on hand!
Hope is known for writing award-winning mysteries steeped in South Carolina humidity and personalities. The Carolina Slade Mysteries cover Slade’s investigations under the umbrella of Agriculture, covering the rural reaches of SC. Crime is a completely different animal in the country! And the Edisto Island Mysteries follow the trials of a female police chief on well-known Edisto Beach.
Having grown up in Summerville, and graduated from Summerville High School, Hope now lives on Lake Murray in central SC and vacations on Edisto. In addition to being a mystery author, Hope educates writers via speaking and counseling. Her website FundsforWriters.com was chosen by Writer’s Digest for its 101 Best Websites for Writers for the past 18 years. Her newsletter for writers reaches 35,000 readers each week. www.fundsforwriters.com / www.chopeclark.com 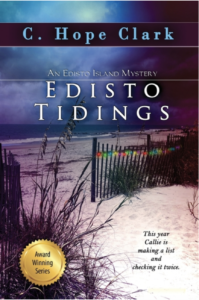 When the discovery of a body on a vacant lot puts an end to Police Chief Callie Morgan’s surprise birthday party, Christmas week loses some of its charm. Not only does she know the dead man, he’s a relation . . . of sorts. Soon she’s juggling a murder investigation and a rash of burglaries that may have been committed by the mythical Edisto Santa—a holiday secret Santa, who may have taken a page from Robin Hood’s book and begun robbing from the tourist rich and giving to the local poor.

Since the suspects for both crimes are Edisto residents, no matter how delicately Callie treads, this holiday season will pit Callie against her beloved Edisto and leave her feeling like the Grinch, Scrooge, and Old Man Potter rolled into one. But she has no choice. Murder trumps Santa. This year Callie is making a list and checking it twice.

Hope Clark’s books have been honored as winners of the Epic Award, Silver Falcion Award, the Daphne du Maurier Award.

Join us for this very special event and celebrate one of Summerville’s own!
+ Google Calendar+ iCal Export