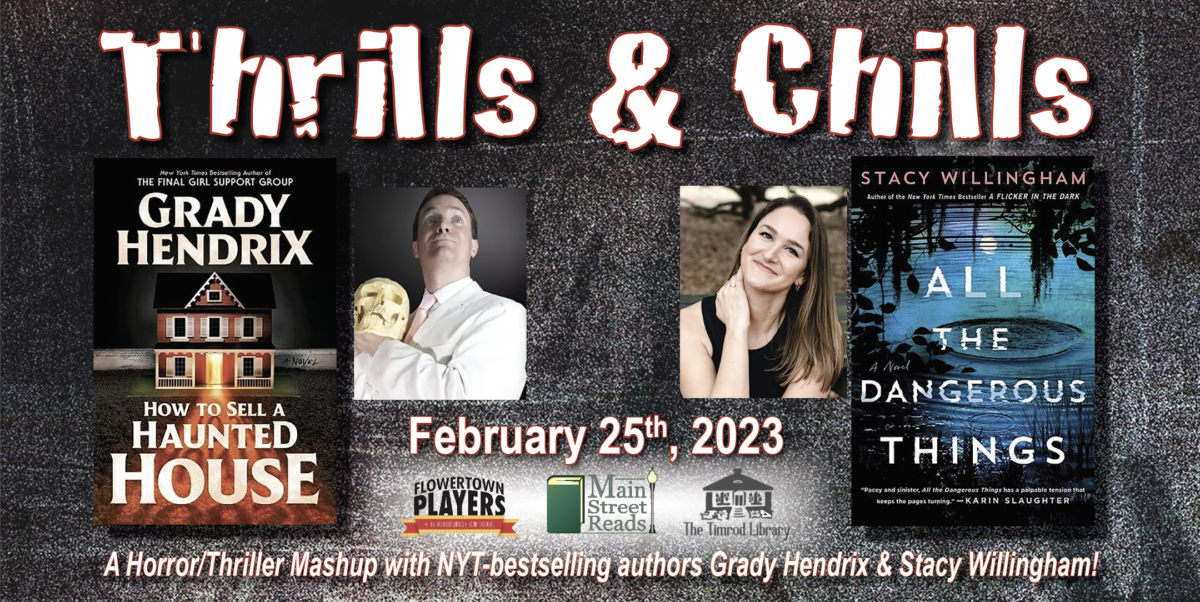 Tickets are now on sale for February’s Thrills & Chills! When you register, don’t forget to pick Team Thrill or Team Chill (you’ll see why on the day of the event).

This incredible author mashup at the James F. Dean theatre happens February 25th, 2023 and will feature two of our favorite authors, Stacy Willingham of A Flicker in the Dark fame and Grady Hendrix of The Southern Bookclub’s Guide to Slaying Vampires and The Final Girl Support Group, all of which have been book club picks (and have movie/TV deals!)

Both authors have new books releasing in January – your ticket includes one each of BOTH books that you can pick up when they release in January, and have ’em to get personally signed when the authors join us for a rollicking afternoon of fun, food and fabulous conversation. The event will benefit both the Flowertown Players and the Timrod Library again, as we all do our part to support the art of storytelling in our incredible community! 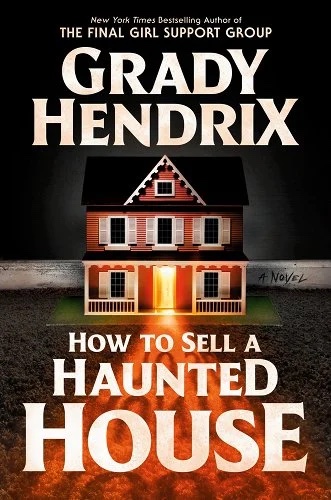 New York Times bestselling author Grady Hendrix takes on the haunted house in a thrilling new novel that explores the way your past–and your family–can haunt you like nothing else.

Most of all, she doesn’t want to deal with her brother, Mark, who never left their hometown, gets fired from one job after another, and resents her success. Unfortunately, she’ll need his help to get the house ready for sale because it’ll take more than some new paint on the walls and clearing out a lifetime of memories to get this place on the market.

But some houses don’t want to be sold, and their home has other plans for both of them…

Like his novels The Southern Book Club’s Guide to Slaying Vampires and The Final Girl Support Group, How to Sell a Haunted House is classic Hendrix: equal parts heartfelt and terrifying–a gripping new read from “the horror master” (USA Today). 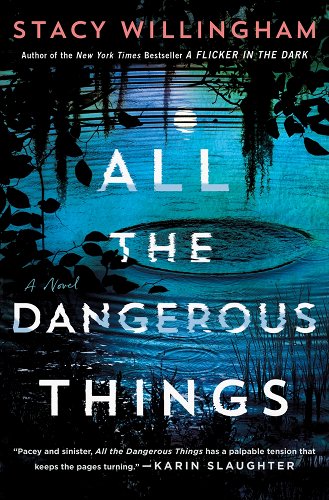 Following up her instant New York Times bestseller, A Flicker in the Dark, Stacy Willingham delivers a totally gripping thriller about a desperate mother with a troubled past in All the Dangerous Things.

One year ago, Isabelle Drake’s life changed forever: her toddler son, Mason, was taken out of his crib in the middle of the night while she and her husband were asleep in the next room. With little evidence and few leads for the police to chase, the case quickly went cold. However, Isabelle cannot rest until Mason is returned to her–literally.

Except for the occasional catnap or small blackout where she loses track of time, she hasn’t slept in a year.

Isabelle’s entire existence now revolves around finding him, but she knows she can’t go on this way forever. In hopes of jarring loose a new witness or buried clue, she agrees to be interviewed by a true-crime podcaster–but his interest in Isabelle’s past makes her nervous. His incessant questioning paired with her severe insomnia has brought up uncomfortable memories from her own childhood, making Isabelle start to doubt her recollection of the night of Mason’s disappearance, as well as second-guess who she can trust… including herself. But she is determined to figure out the truth no matter where it leads. 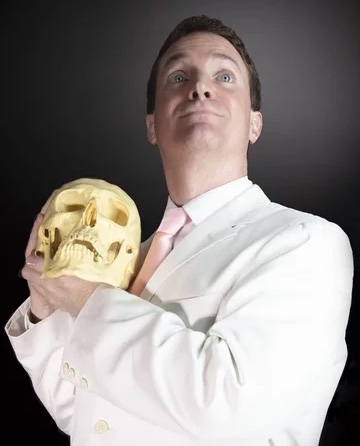 Grady Hendrix is an award-winning novelist and screenwriter living in New York City. He is the author of Horrorstör, My Best Friend’s Exorcism (which is being adapted into a feature film by Amazon Studios), We Sold Our Souls, and the New York Times bestseller The Southern Book Club’s Guide to Slaying Vampires (currently being adapted into a TV series). Grady also authored the Bram Stoker Award-winning nonfiction book Paperbacks from Hell, a history of the horror paperback boom of the seventies and eighties, and his latest non-fiction book is These Fists Break Bricks How Kung Fu Movies Swept America and Changed the World. 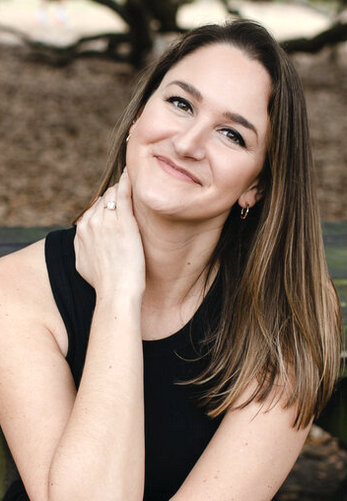 Stacy Willingham is the New York Times and USA Today bestselling author of A Flicker in the Dark. Before turning to fiction, she was a copywriter and brand strategist for various marketing agencies and earned her BA in magazine journalism from the University of Georgia and MFA in writing from the Savannah College of Art and Design. Her work has been translated in over 30 countries. She currently lives in Charleston, South Carolina, with her husband, Britt, and Labradoodle, Mako.

This event takes place at the James F. Dean (Flowertown Players) Theatre up the street from Main Street Reads. The doors will open at 1:30 p.m. with the performance (talk) beginning at 2 p.m.

Following the event at 4 p.m. readers can get their books personally signed by Stacy and Grady at Main Street Reads where we’ll host a private reception with wine and treats. Their other titles will be on sale as well.

We look so forward to you sharing this special afternoon with us! Hint: BOTH books will be upcoming book club picks as well!