Thrill in the ‘Ville Book Club 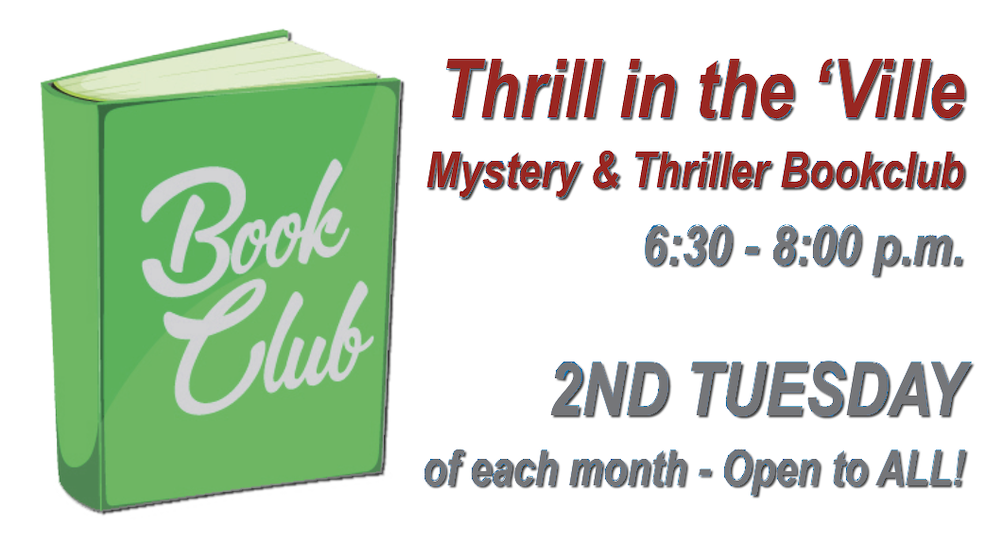 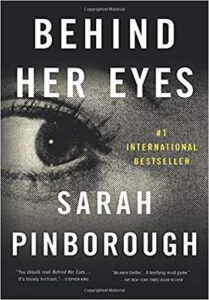 For Summerville lovers of mystery and thrillers, our Thrill in the ‘Ville Book Club meets on the second Tuesday of each month, July 14th this month!

The instant New York Times and #1 international bestseller. “You should read Behind Her Eyes…It’s bloody brilliant.” ―Stephen King

Why is everyone talking about the ending of Sarah Pinborough’s Behind Her Eyes?

Louise is a single mom, a secretary, stuck in a modern-day rut. On a rare night out, she meets a man in a bar and sparks fly. Though he leaves after they kiss, she’s thrilled she finally connected with someone.

When Louise arrives at work on Monday, she meets her new boss, David. The man from the bar. The very married man from the bar…who says the kiss was a terrible mistake, but who still can’t keep his eyes off Louise.

And then Louise bumps into Adele, who’s new to town and in need of a friend. But she also just happens to be married to David. And if you think you know where this story is going, think again, because Behind Her Eyes is like no other book you’ve read before.

David and Adele look like the picture-perfect husband and wife. But then why is David so controlling? And why is Adele so scared of him?

As Louise is drawn into David and Adele’s orbit, she uncovers more puzzling questions than answers. The only thing that is crystal clear is that something in this marriage is very, very wrong. But Louise can’t guess how wrong―and how far a person might go to protect their marriage’s secrets.

In Behind Her Eyes, Sarah Pinborough has written a novel that takes the modern day love triangle and not only turns it on its head, but completely reinvents it in a way that will leave readers reeling.

Copies are available at Main Street Reads at the 10% bookclub discount price. OR CLICK HERE TO ORDER