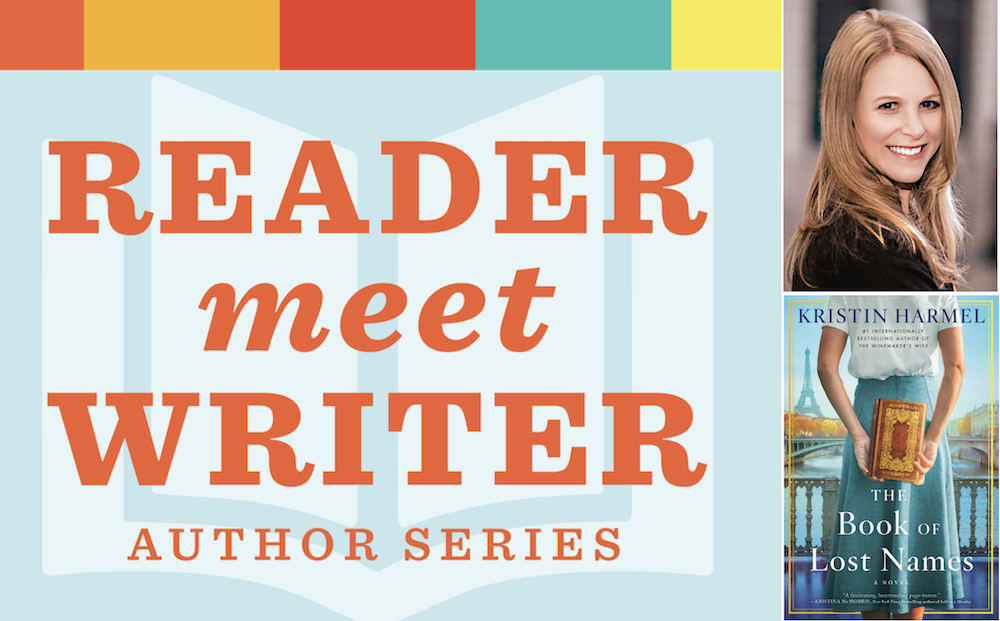 Remember to email us at mainstreetreads@gmail.com to get your password and link to attend!

Kristin Harmel is the international bestselling author of a dozen novels including The Book of Lost Names, The Winemaker’s Wife, The Room on Rue Amélie, and The Sweetness of Forgetting. Her work has been featured in People, Woman’s Day, Men’s Health, and Ladies’ Home Journal, among many other media outlets. She lives in Orlando, Florida. 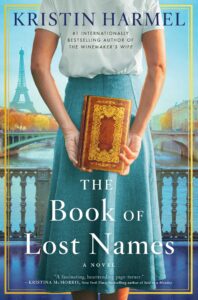 Eva Traube Abrams, a librarian in Florida, is shelving books one morning when her eyes lock on a photograph in the New York Times. The accompanying article discusses the looting of libraries by the Nazis across Europe during World War II— an experience Eva remembers well—and the search to reunite people with the texts taken from them so long ago. Highlighted is a religious text now housed in Berlin’s Zentral- und Landesbibliothek library. It appears to contain some sort of code, though researchers don’t know where it came from—or what the code means. But Eva does.

A graduate student in 1942, Eva was forced to flee Paris after the arrest of her father, a Polish Jew. Finding refuge in a small mountain town, she begins forging identity documents for Jewish children fleeing to neutral Switzerland. But erasing people comes with a price, and, along with an enigmatic forger named Rémy, Eva decides she must find a way to preserve the real names of the children who are too young to remember who they really are. The records they keep in The Book of Lost Names will become even more vital when the resistance cell they work for is betrayed.

Sixty years later, seeing the book in the New York Times photograph brings everything rushing back; it’s the book Eva believed had vanished forever, the book that held so many secrets, the book that might even hold the last message from Rémy. As the only one who knows what the code means, she must find the strength to revisit old memories and help reunite those lost during the war.