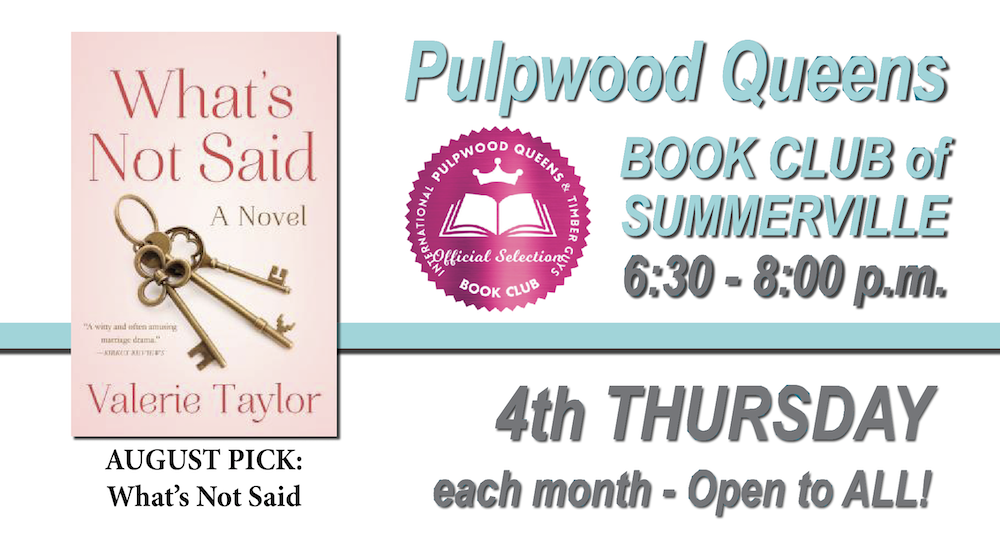 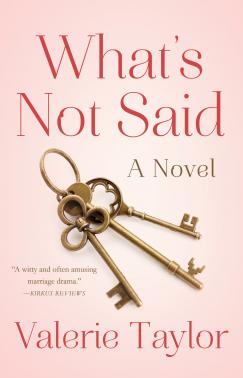 Join us for an engaging discussion WITH the author, Valerie Taylor, of What’s Not Said, AND get the first look at What’s Not True, releasing just before the club meets! Treats will be served and all are welcome! The book is available at the book club 10% discount and signed book plates will be available.

Kassie O’Callaghan’s meticulous plans to divorce her emotionally abusive husband, Mike, and move in with Chris, a younger man she met five years ago on a solo vacation in Venice, are disrupted when she finds out Mike has chronic kidney disease–something he’s concealed from her for years. Once again, she postpones her path to freedom–at least, until she pokes around his pajama drawer and discovers his illness is the least of his deceits.

But Kassie is no angel, either. As she struggles to justify her own indiscretions, the secret lives she and Mike have led collide head-on, revealing a tangled web of sex, lies, and DNA. Still, mindful of her vows, Kassie commits to helping her husband find an organ donor. In the process, she uncovers a life-changing secret. Problem is, if she reveals it, her own immorality will be exposed, which means she has an impossible decision to make: Whose life will she save–her husband’s or her own? 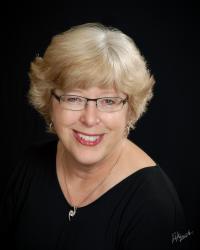 Valerie Taylor was born and raised in Stamford, Connecticut. She graduated twice from Sacred Heart University in CT with a B.S. Business Administration and an MBA. She climbed the proverbial ladder in her early years at Xerox and then helped launch Executive Development Associates, a start-up executive education and coaching firm. There she dabbled in writing business communications and newsletters.

Her writing career took off when she joined Optima Group, and then later Clarion Brand Communications, where she focused on branding and crafting dozens of retirement planning programs for banks, mutual fund companies, and insurance companies. Because of her reputation in this niche, Russell Investments recruited her to join the firm in Washington State. During her ten-year tenure there, Valerie led the firm’s defined contribution marketing efforts for both pre- and post-retirement investment programs.

After a Rick Steves’ tour to Venice, Florence, and Rome, Valerie retired and returned home to CT in 2016 where her children have grown up and settled. When she’s not writing, reading, practicing tai chi or cheering for the Boston Red Sox or the New England Patriots, she’s sharing her wisdom and values with her granddaughter, who’s growing up way too fast.