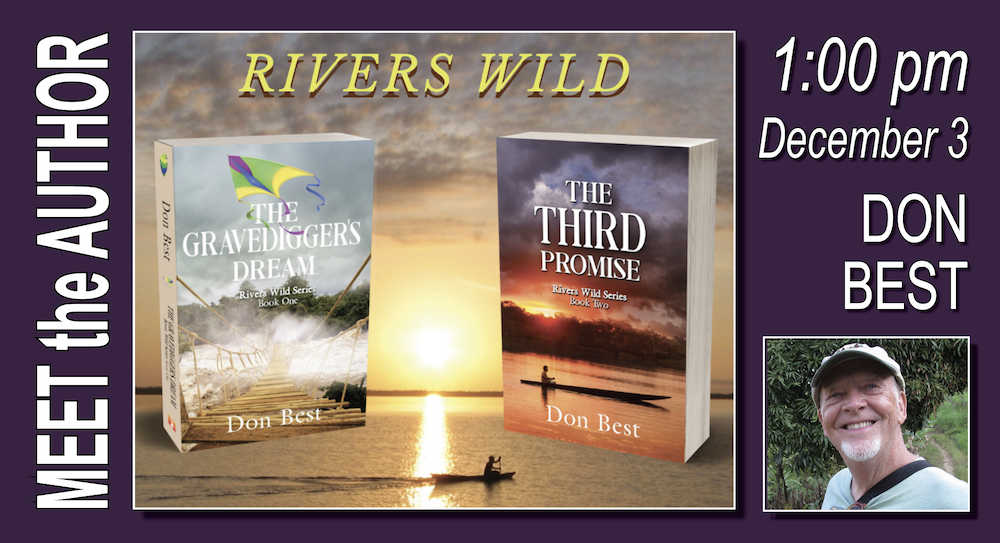 Don Best will be back with us for the second book in his Rivers Wild series – fans will remember his first in the series, The Gravedigger’s Dream, a fan favorite at Main Street Reads…

The Third Promise, part two in the Rivers Wild series, brings us the spellbinding conclusion to The Gravedigger’s Dream.

In the heart of the Amazon, where even hope despairs, Zé Licata has an extraordinary dream—to overthrow the tyrant, lead his village out of poverty, and provide a future for his gifted son. When a corrupt official humiliates him and steals the money, Zé becomes so embittered that he vows to kill the man, enlisting the help of a cold-blooded witch.

Into this dark and dangerous cauldron steps Mick O’Hannon, the most unlikely missionary the Amazon has ever seen. Brash and jolly and a bit naive, Mick unwittingly splits the village into angry factions and sparks an epic struggle between good and evil.

Hanging in the balance is Zé’s embattled soul! This is the Brazil that few have ever seen. The spirit of the rainforest laid raw and unadorned. 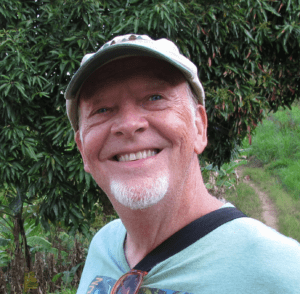 From Puerto Rico to Paraguay, from Rio de Janeiro into the wilds of the Amazon, Don Best has lived the adventures of an expatriate writer and Christian missionary. With his wife and colleague, Elizabeth, Don now explores the teeming jungles of South Carolina. Learn more and watch the new book trailer at www.donbestauthor.com.