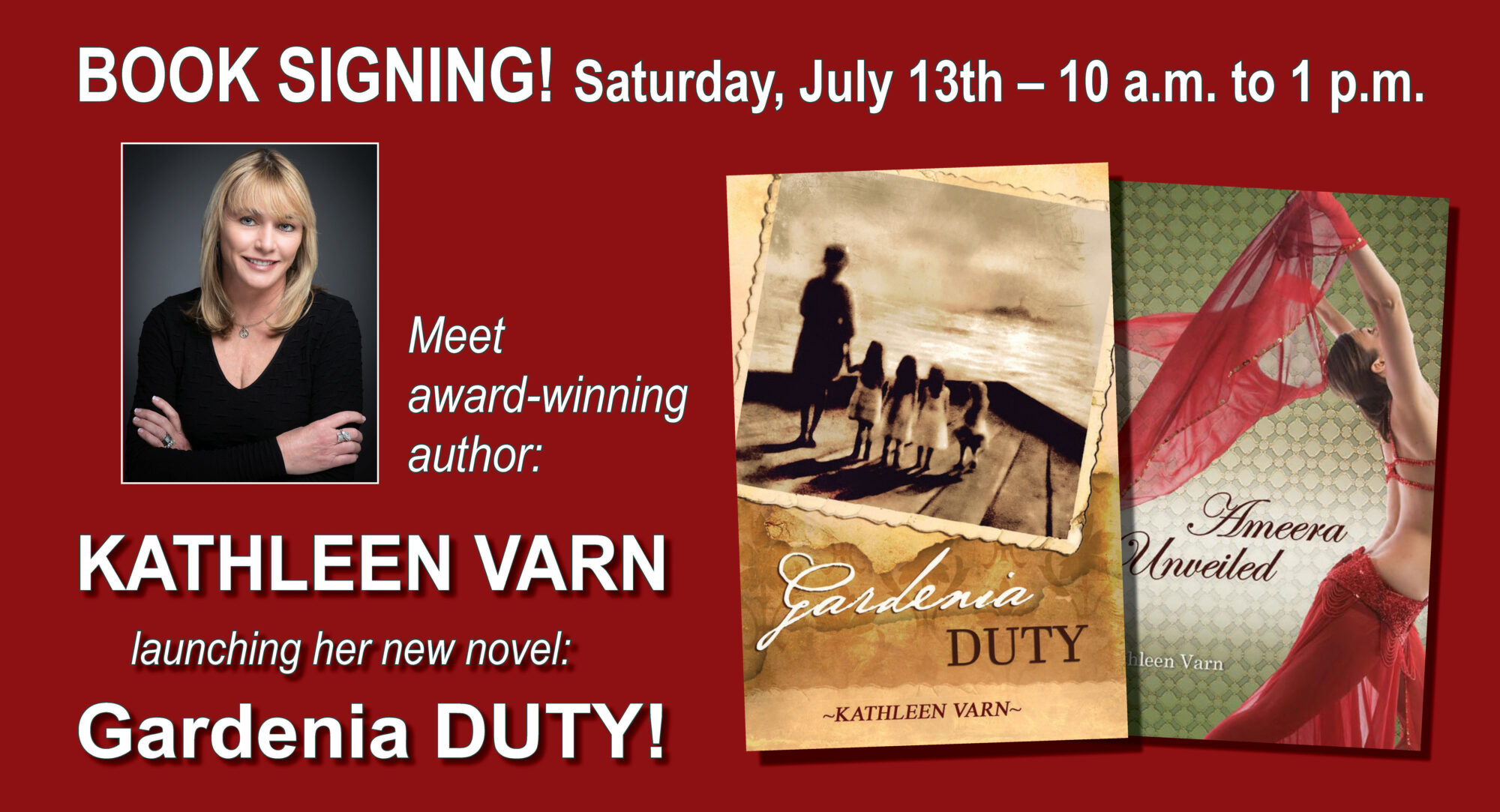 Charleston’s own Kathleen Varn will be at Main Street Reads to celebrate the much anticipated launch of Gardenia Duty! We’ll also have copies of Kat’s first novel, Ameera Unveiled, on hand for sale and signing. This begins a six month long tour for Kathleen that will culminate with her appearance at the Pulpwood Queens national bookclub conference in Texas in January, 2020. 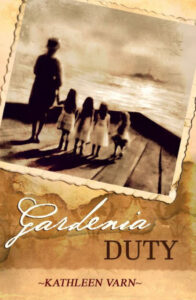 In 1957 jobs are scarce in rural Ashland, Alabama. Bobby Higgins is facing life decisions; his family’s farm struggles and threat of the draft hangs over 18-year-old males as the Cold War rumbles in the distance. Bobby heads off to boot camp, vowing to provide for his family from his pay. Between shore and sea duty, he leaves broken hearts in every port. When his own heart is stolen by Rose, he’s shocked to learn that she comes with four daughters, a package deal he’s unsure he wants. But when Rose disappears, Bobby finds her and persuades her to marry him.

Somehow they navigate their way through the trials of marriage and parenting as he fulfills his patriotic career and his promise to raise four willful daughters. In the spring of 2004, his daughters are brought together by grief. They forge new bonds, sharing their joys, losses, regrets, and ultimately family secrets that will seal all their fates…if they can summon the courage to report for duty.

Kat Varn’s connection to Charleston began as the oldest daughter in a military family. Her love affair with words manifested when she turned four and taught herself to read. As she grew older, books and reading were an escape, but journaling eventually led her to her first novel, Ameera Unveiled. This year she was honored to be invited to participate in the 2019 American Lung Association Oxygen Ball’s Lowcountry Dancing with the Stars competition, which she WON!