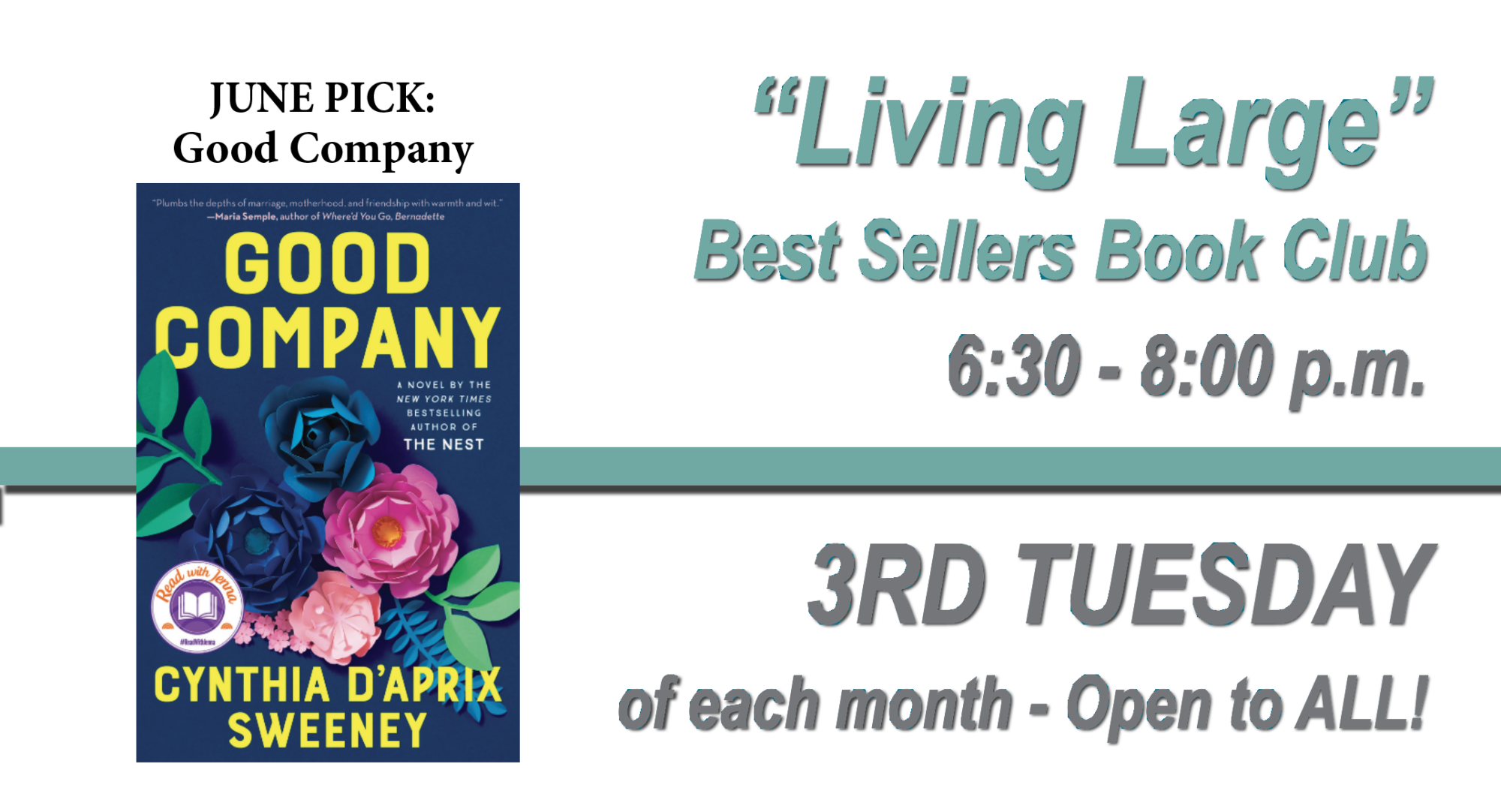 Join us on our new day (moving from 2nd Tuesdays to 3rd Tuesdays) for AN INSTANT NEW YORK TIMES BESTSELLER and A Read with Jenna Today Show Book Club Pick: Good Company by Cynthia D’Aprix Sweeney

Treats will be served and we’ll decide on July’s read at the end of the meeting! Open to all:

Plumbs the depths of marriage, motherhood and friendship with warmth and wit. I devoured it in one gulp!” –Maria Semple

A warm, incisive new novel about the enduring bonds of marriage and friendship from Cynthia D’Aprix Sweeney, author of the instant New York Times bestseller The Nest 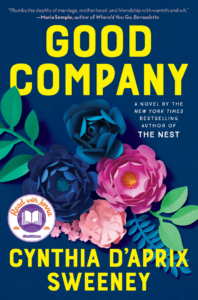 Flora Mancini has been happily married for more than twenty years. But everything she thought she knew about herself, her marriage, and her relationship with her best friend, Margot, is upended when she stumbles upon an envelope containing her husband’s wedding ring–the one he claimed he lost one summer when their daughter, Ruby, was five.

Flora and Julian struggled for years, scraping together just enough acting work to raise Ruby in Manhattan and keep Julian’s small theater company–Good Company–afloat. A move to Los Angeles brought their first real career successes, a chance to breathe easier, and a reunion with Margot, now a bona fide television star. But has their new life been built on lies? What happened that summer all those years ago? And what happens now?

With Cynthia D’Aprix Sweeney’s signature tenderness, humor, and insight, Good Company tells a big-hearted story of the lifelong relationships that both wound and heal us.

A Most Anticipated Book From: OprahMag.com * Refinery29 * Houston Chronicle * The Millions * Elle * Buzzfeed

Cynthia D’Aprix Sweeney is the author of the instant New York Times bestseller, The Nest, which is currently in development as a limited series by AMC Studios. She lives in Los Angeles with her family.