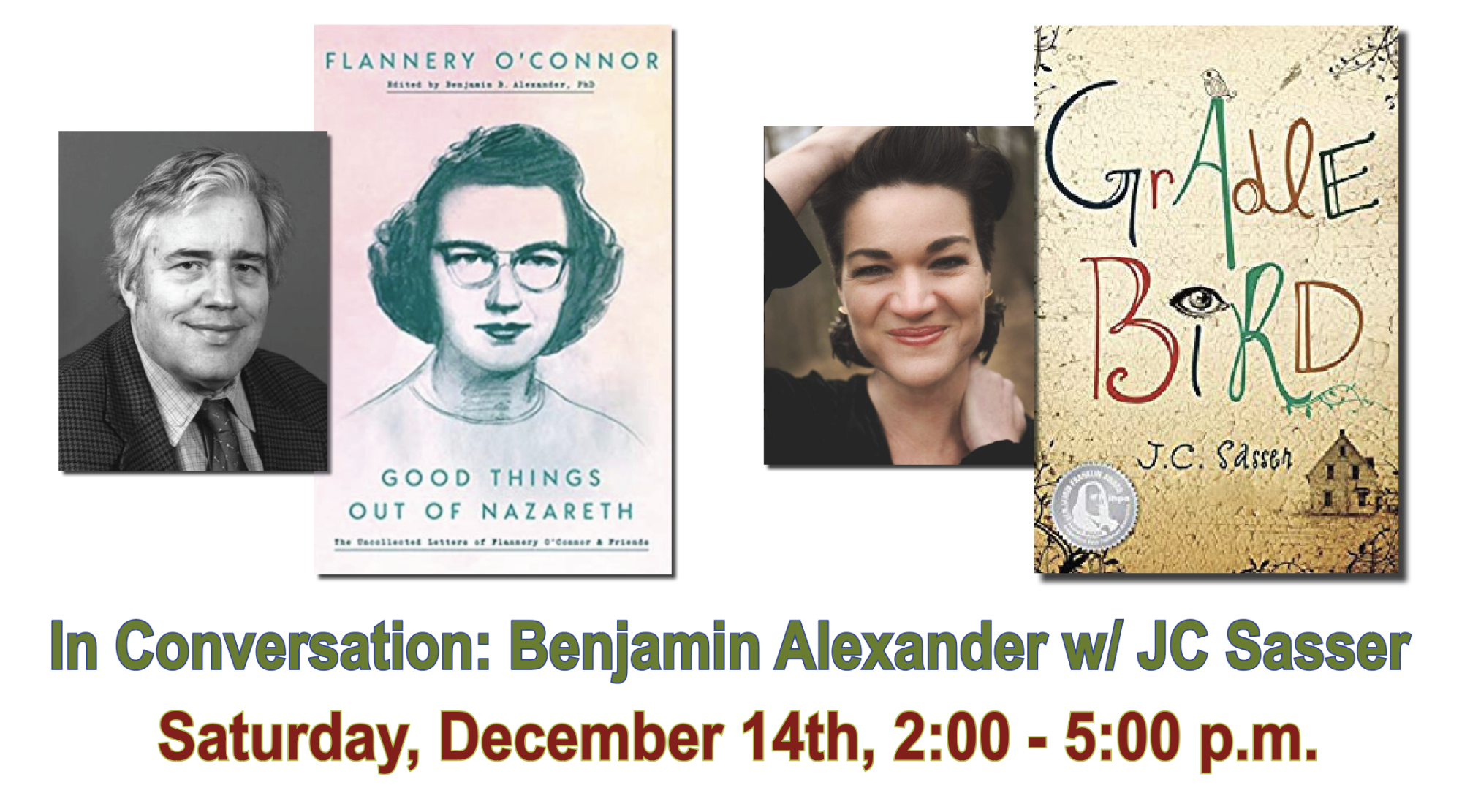 On December 14, JC Sasser, author of the wildly popular 2018 Southern Fiction winning Gradle Bird, and Ben Alexander, editor of Good Things Out of Nazareth, a much-anticipated collection of many of Flannery O’Connor’s unpublished letters, will be at Main Street Reads to discuss brilliant southern fiction and the great lady herself.

Flannery O’Connor is a master of twentieth-century American fiction, joining, since her untimely death in 1964, the likes of Hawthorne, Hemingway, and Faulkner. Those familiar with her work know that her powerful ethical vision was rooted in a quiet, devout faith and informed all she wrote and did.

You’ll have the opportunity to get signed copies of both Gradle Bird AND Good Things out of Nazareth, touted as a literary treasure of over one hundred unpublished letters from National Book Award-winning author Flannery O’Connor and her circle of extraordinary friends.

Good Things Out of Nazareth is a collection of many of O’Connor’s previously unpublished letters—along with those of literary luminaries such as Walker Percy (The Moviegoer), Caroline Gordon (None Shall Look Back), Katherine Anne Porter (Ship of Fools), Robert Giroux and movie critic Stanley Kauffmann. The letters explore such themes as creativity, faith, suffering, and writing. Brought together, they form a riveting literary portrait of these friends, artists, and thinkers. Here we find their joys and loves, as well as their trials and tribulations as they struggle with doubt and illness while championing their beliefs and often confronting racism in American society during the civil rights era.

JC Sasser’s work has been compared by other great southern authors to Flannery O’Connor, and Sasser says she’s been a huge influence on her own work, so this will be a VERY engaging discussion!

Praise for Good Things Out of Nazareth 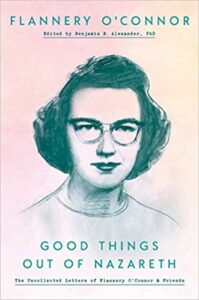 “An epistolary group portrait that will appeal to readers interested in the Catholic underpinnings of O’Connor’s life and work… These letters by the National Book Award–winning short story writer and her friends alternately fit and break the mold. Anyone looking for Southern literary gossip will find plenty of barbs… But there’s also higher-toned talk on topics such as the symbolism in O’Connor’s work and the nature of free will.”—Kirkus Reviews

“A fascinating set of Flannery O’Connor’s correspondence . . . The compilation is highlighted by gems from O’Connor’s writing mentor, Caroline Gordon. . . . While O’Connor’s milieu can seem intimidatingly insular, the volume allows readers to feel closer to the writer, by glimpsing O’Connor’s struggles with lupus, which sometimes leaves her bedridden or walking on crutches, and by hearing her famously strong Georgian accent in the colloquialisms she sprinkles throughout the letters. . . . This is an important addition to the knowledge of O’Connor, her world, and her writing.”—Publishers Weekly 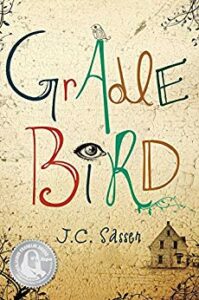 “J.C. Sasser takes us on a romp of an adventure through the life, eyes and heart of Gradle Bird‘s dark and twisted, but loving and hilarious world in rural Georgia. Gradle Bird reads like it was written, in collaboration, by the ghosts of Flannery O’Connor and Florence King, while finishing off a bottle of Battlefield Bourbon. And truth is, if it had been the fruit of the ghosts of two of the South’s darkest and wittiest writers, we could only hope that they would continue the collaboration. But we’re in luck as J.C. Sasser is alive and well and, hopefully, will be telling her stories for years to come. It’s a wonderful story, a wonderful book.” – Robert Hicks, author of The Widow of the South and The Orphan Mother

“Think Flannery O’Connor riffing Elmore Leonard and you get some sense of this wildly inventive, picaresque novel that stretches the boundaries of what it means to be family and what it costs to love and be loved.  But don’t get me wrong. J.C. Sasser writes in her own lyrical style, weaving often tragicomic events into a mosaic of  sometimes hallucinogenic wonder.  Her characters seemed swept up in an arc of ever-pending disaster. And yet in the unforgettable presence of Gradle Bird herself, the book’s 16-year-old chief protagonist,  you learn how redemption can stumble into our lives at the unlikeliest of times from the unlikeliest of places.” –Ken Wells, author of Meely LaBauve

“Anyone who doesn’t fall in love with Gradle Bird, the character, might want to stop by an Urgent Care facility for an EKG. Anyone not totally mesmerized by the world depicted in Gradle Bird, the novel, might as well forfeit his or her Human Being ID card. J.C. Sasser’s invented a complex, big-hearted, dirt-road-smart protagonist surrounded by hilarious one-of-a-kind characters (and a ghost). Absurd, yet utterly believable. Southern, yet universal. I’m jealous.” –George Singleton, author of The Half-Mammals of Dixie
This special event takes place between 2 and 5 p.m. — The spirited discussion will begin promptly at 3 p.m. and refreshments will be served!  Following their conversation, JC and Ben will take questions from the audience.