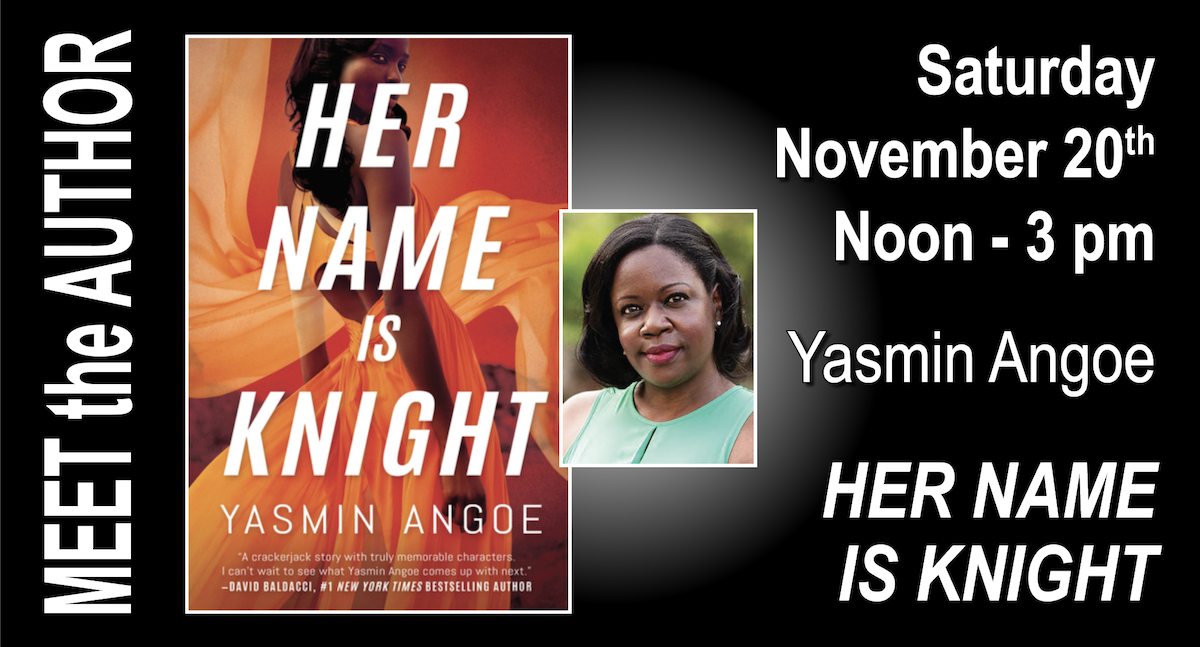 We’re thrilled to bring you an amazing thriller author this month for the launch of her novel, Her Name Is Knight. Yasmin Angoe will be on hand to sign copies and we’ll feature her book in our December Thrill in the ‘Ville book club discussion, which means signed copies will be 10% off! We strongly suggest pre-ordering this one as it’s projected to sell out fast. 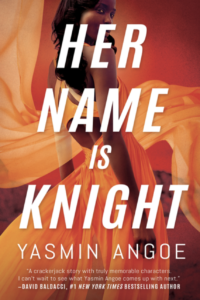 A smash debut novel from rising star Yasmin Angoe, Her Name Is Knight features an elite assassin heroine on a mission to topple a human trafficking ring and avenge her family.

Stolen from her Ghanaian village as a child, Nena Knight has plenty of motives to kill. Now an elite assassin for a powerful business syndicate called the Tribe, she gets plenty of chances.

But while on assignment in Miami, Nena ends up saving a life, not taking one. She emerges from the experience a changed woman, finally hopeful for a life beyond rage and revenge. Tasked with killing a man she’s come to respect, Nena struggles to reconcile her loyalty to the Tribe with her new purpose.

Meanwhile, she learns a new Tribe council member is the same man who razed her village, murdered her family, and sold her into captivity. Nena can’t resist the temptation of vengeance–and she doesn’t want to. Before she can reclaim her life, she must leverage everything she was and everything she is to take him down and end the cycle of bloodshed for good. 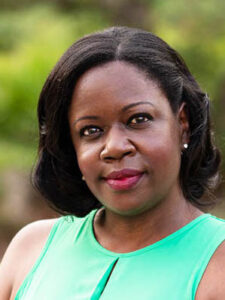 Yasmin Angoe is a first-generation Ghanaian American and debut author of Her Name is Knight. In 2020, she received the Sisters in Crime Eleanor Taylor Bland Award for Emerging Writers of Color and is a proud member of SinC, Crime Writers of Color, and, Southeast Mystery Writers of America, and International Thriller Writers. Yasmin was a middle and high school English teacher and currently works as a developmental editor and sensitivity reader in South Carolina. When not writing or editing, she is watching movies, engrossed in a new audiobook, or obsessing about the fact she probably should be writing. Learn more at yasminangoe.com