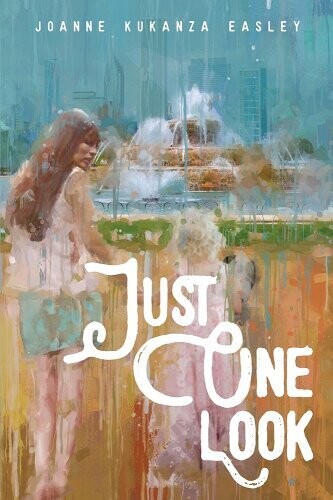 "Easley writes a thoroughly gripping story, set in the sixties and seventies, of a woman's loss and grief, and how, after a series of trying events, she learned how to heal her heart again." -Sublime Book Review

In 1965 Chicago, thirteen-year-old Dani Marek declares she's in love, and you best believe it. This is no crush, and for six blissful years she fills her hope chest with linens, dinnerware, and dreams of an idyllic future with John. When he is killed in action in Viet Nam, Dani's world shatters. She launches a one-woman vendetta against the men she seeks out in Rush Street's singles bars. Her goal: break as many hearts as she can. Dani's ill-conceived vengeance leads her to a loveless marriage that ends in tragedy. At twenty-four, she's left a widow with a baby, a small fortune, and a ghost-make that two.

Set in the turbulent Sixties and Seventies, Just One Look explores one woman's tumultuous journey through grief, denial, and letting go.