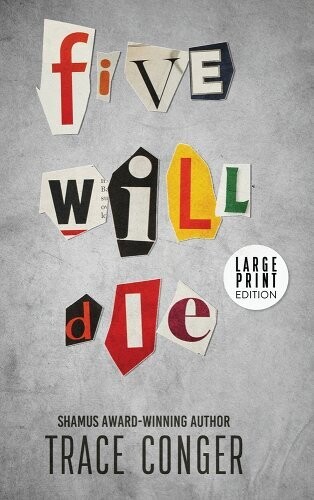 WHEN A SERIAL KILLER STALKS A SLEEPY OHIO TOWN, EVERYONE IS A SUSPECT.

Nothing ever happens in Lincoln, Ohio. Sheriff Tim Burke likes it that way. That's why he moved to the tranquil town after a panic disorder, triggered by a gruesome unsolved case, forced him to retire from Cleveland's Homicide Division.

These days, the only thing Burke has to worry about is who spray-painted the side of Walt Tanner's barn. That all changes when someone slips a note under Burke's door. A note claiming five people will die in Lincoln.

At first, Burke and his two deputies dismiss it as a prank by local teenagers, the same troublemakers he singled out for defacing Walt's barn.

Then the first body turns up. Then the second.

Consumed by the murder investigation, Burke uncovers a link to another small Ohio town, where a killer left a similar note, claimed five victims, and vanished without a trace. Burke also discovers something else. His panic disorder, which had been dormant since retiring three years ago, has returned more paralyzing than ever.

Will Burke overcome his debilitating condition and stop the killer before he claims his fifth victim and leaves Lincoln forever?

Five Will Die is the sixth novel from Shamus Award-winning author Trace Conger.