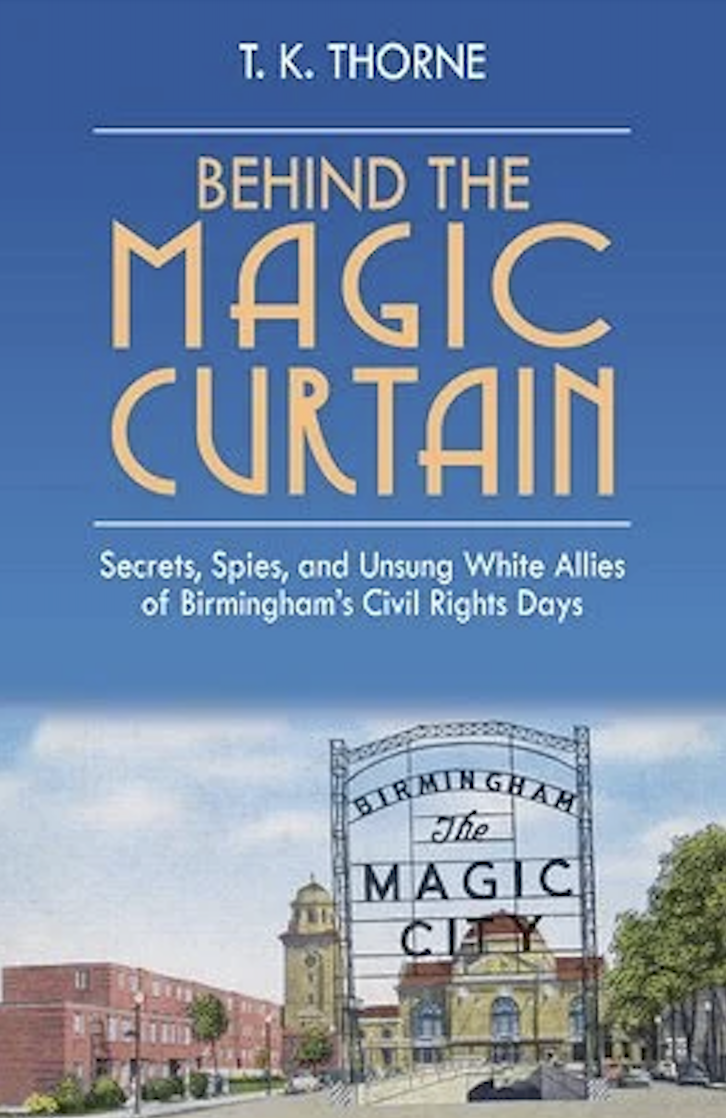 SKU 9781588384409
$26.00
In stock
1
Product Details
Behind the Magic Curtain: Secrets, Spies, and Unsung White Allies of Birmingham's Civil Rights Days is a remarkable look at a historic city enmeshed in racial tensions, revealing untold or forgotten stories of secret deals, law enforcement intrigue, and courage alongside pivotal events that would sweep change across the nation. Birmingham, Alabama gave birth to momentous events that spawned the Civil Rights Act of 1964 and affected world history. But that is not why it is known as The Magic City. It earned that nickname with its meteoric rise from a cornfield valley to an industrial boomtown in the late 1800s. Images of snarling dogs and fire hoses of the 1960s define popular perception of the city, obscuring the complexity of race relations in a tumultuous time and the contributions of white citizens who quietly or boldly influenced social change. Behind the Magic Curtain peels back history's veil to reveal little-known or never-told stories of an intriguing cast of characters that include not only progressive members of the Jewish, Christian, and educational communities, but also a racist businessman and a Ku Klux Klan member, who, in an ironic twist, helped bring about justice and forward racial equality and civil rights. Woven throughout the book are the firsthand recollections of a reporter with the state's major newspaper of the time. Embedded with law enforcement, he reveals the fascinating details of their secret wiretapping and intelligence operations. With a deft hand, Thorne offers the insight that can be gained from understanding little-known but important perspectives, painting a multihued portrait of a city that has figured so prominently in history, but which so few really know.
Save this product for later
Display prices in: USD