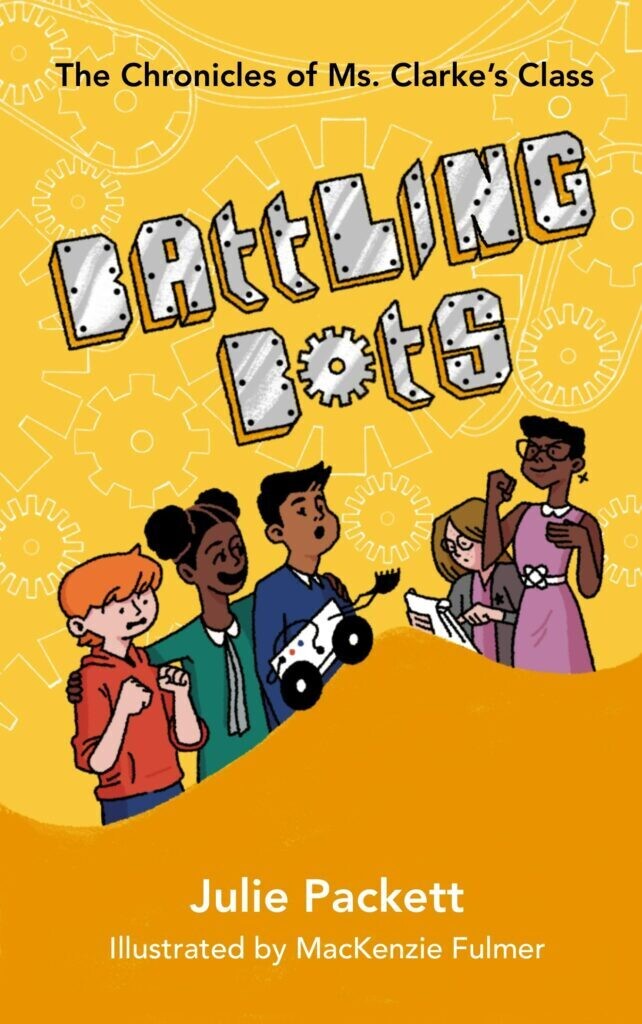 The Chronicles of Ms. Clarke's Class: Battling Bots is the second book in a STEM / STEAM themed series designed for children ages 8-12. In the series, the reader explores the world of science and technology through the eyes of Ms. Clarke's fifth-grade students.

Design, build, program, compete! Following the success of Science Night, Ms. Clarke wants to keep the STEM momentum going in class 5B with a field trip to a high school robotics competition.

As soon as those battling bots are in sight, Emilio, an easy-going dreamer, and Sadie, a driven inventor, immediately want to start a class robotics team.

Can they convince Ms. Clarke and the other students to compete in the school's first-ever Fifth Grade Robotics Competition?

Julie Packett is a woman, wife, mother, sister, daughter, spreadsheet addict, number enthusiast, and weather nerd! After graduating with a Bachelor's Degree in Atmospheric Science, Julie Packett became a meteorologist and quickly discovered her passion for educating children about weather safety. As a woman in the male dominated STEM field, she realized how influential her talks were for young girls when a female student dressed as a meteorologist on Career Day. She hopes this series reaches more children and encourages them to go after their own dreams, no matter how big or small. Julie lives in South Carolina with her husband and two children.